Aurangabad which is a city famous for its pilgrimage destination, textiles, silver, gold, handicrafts, to its modern corporate and industrial zones has emerged as one of the powerhouses driving the new India. A group of businessmen has put Aurangabad on the world map by buying a whopping 150 high-end luxury cars in one go. The group wants to put their hometown on the global map. The sale of 150 Mercedes-Benz cars in a single transaction, valued at Rupees 65 crore, is the highest valued car deal ever  in India. Of the 150 Mercedes-Benz cars, there were 13 S-class, 74 E-class, 39 C-class, 6 GL-class and 18 M-Class cars. 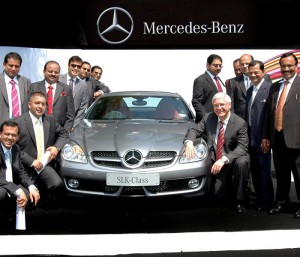 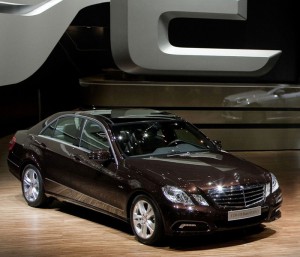 It all started with a few like minded individuals and motoring enthusiasts who came together with their shared passion to own a premium luxury car. Soon other enthusiasts joined them and the group increased in size- all of them driven by a same passion- the best premium car that the market can afford! In the months that followed they evaluated various options but finally zeroed in on brand Mercedes.

The Mercedes-Benz car buyers, known as the ‘Aurangabad Group’ consisted of doctors, builders, industrialists and professionals. Mercedes-Benz India managing director Wilfried Aulbur said there is tremendous economic power in tier-two and tier-three cities of India. ‘Today, it came to the fore in a bold, aggressive and dynamic manner with the sale of 150 Mercedes-Benz cars at one stroke.’