Hyundai Genesis was seen as a marvel when it made its first appearance in the year 2009. The car then offered rear-wheel drive, a V8 engine as option and an interior which as good as that of any Lexus or Acura. However the Korean automaker has now come up with an improved version of the same, the 2012 Hyundai Genesis. The new car comes with addition of the most powerful engine ever from Hyundai. Apart from this the car has great styling & luxurious interiors that takes the car among established luxury sedan rivals. 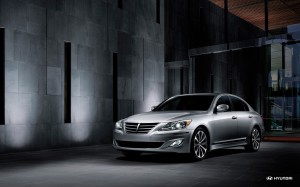 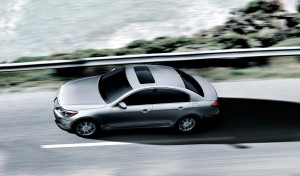 Exterior
The 2009 model of Hyundai Genesis had an attractive grille with the Hyundai logo which was probably the most unique feature of the car. However for the 2012 model the redesigned headlamps with curved LED strip is the center of attraction. A new sporty rocker panel design has been implemented, along with a new, brushed aluminium finish on window surround. The front and rear bumpers have mild tweaks and is same for the rear tail-lights as well. Other features on the exterior include folding side mirrors with integrated puddle lamps, redesigned dual asymmetric exhaust tips and a new 17 inch alloy wheels. 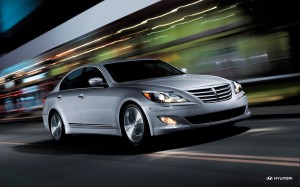 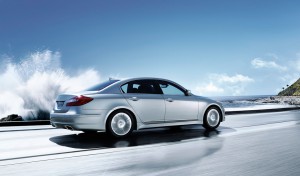 Interior
On the inside the Hyundai Genesis definitely matches with Acura in terms of premium feel. The seats are covered with leather and there is an option for leather- wrapped dashboard which provides an upscale feeling to the entire cabin. Often the large sedans doesn’t feel that large inside, however the Hyundai Genesis has quite large front and back with wide front seats & a backseat with 38.6 inches of legroom. Also the trunk has 15.9 cubic feet of space which quite large enough. 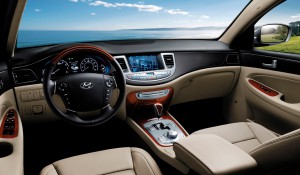 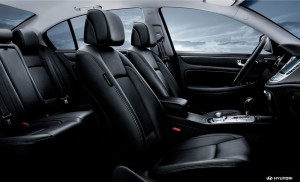 Safety
The Genesis 2012 has an ultra-high-strength unibody with eight airbags and a lot of advanced technology safety features, which has bagged the car 5-star safety rating for front, side and rollover impacts from NHTSA. The various features includes Lane Departure Warning System which alerts the driver once the vehicle exceeds 43mph, Smart cruise control which helps the driver to maintain the distance from the vehicle in front, and Advanced Active Safety features which includes ESC(Electronic Stability Control), TCS(Traction Control System), & ABS(Anti-lock Braking System) with (EBD) Electronic Brake-Force Distribution & brake assist. 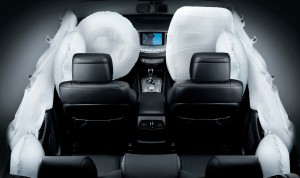 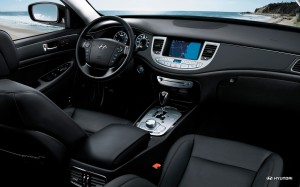 Engine
The 2012 Hyundai Genesis  gives the option for 3 range of engines against the V6 and V8 originally offered. The first one is a 3.8 litre base V6 engine producing 333hp, second being the 4.6 liter DOHC V8 producing 385hp and the last being the monstrous 5.0 liter DOHC V8 producing 429hp. The 5.0L V8 engine is the winner of Ward’s 10 Best Engines for 2011 and is also the best engine so far built by Hyundai. These engines are couples to a new 8-speed SHIFTRONIC automatic transmission which handles every driving situation with unobtrusive ease. 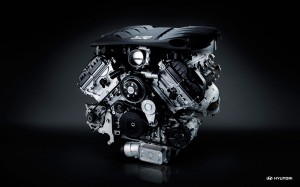