The all new 2012 Hyundai Sonata is set to make a blistering comeback in its segment, with an exciting combination of luxury and technology. This new car from Hyundai is probably going to be Hyundai’s most important car in recent times. Designed at Hyundai’s studio in Germany, this car does manage to make the heads turn. The 2012 Hyundai Sonata also gets the same family design, the ‘Fluidic Sculpture’ embraced by Hyundai which gives their cars a bold character. According to the designers, the lines on this car have been inspired by nature and beauty of an orchid flower. 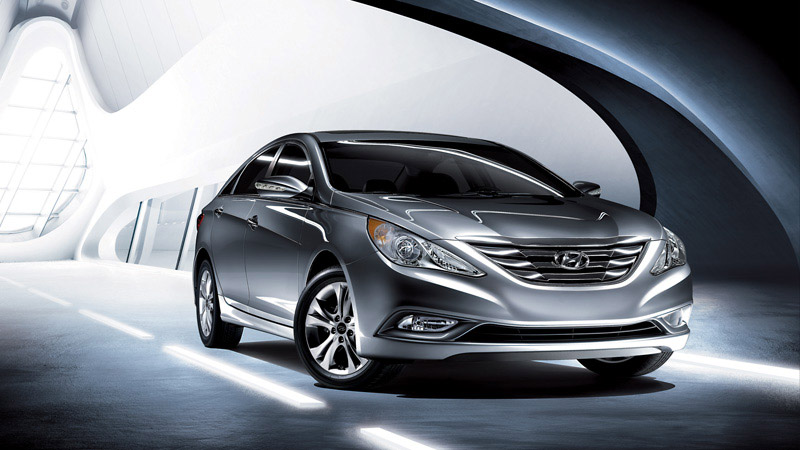 The strong yet fluidic character lines shape the exterior to make the 2012 Hyundai Sonata stand out in the crowd. The car also gets a wide front grille, design of which is taken from the harmony of flowing water. Also the HID headlamps are like cat’s eye giving the overall front a wide and impressive look.  The new Sonata’s rear is equally appealing with a wrap around LED type tail light, chrome inserts, dual exhausts and a spoiler lip on the edge of the boot lid. Finally the large 17 inch wheels with the rising shoulder-line give it a dynamic stance. 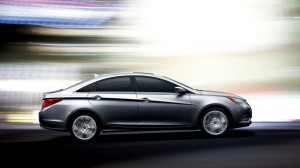 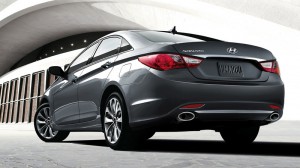 The interior of the 2012 Hyundai Sonata welcomes you with a familiar X-shaped centre fascia on a dual-coloured dashboard. A lot of attention has been paid to the luxurious cabin and the finish is what one would expect in the segment. The car is packed to the brim with features such as automatic headlights, rain-sensing wipers, ABS, ESP, six airbags, a two-din music system, park assist with camera, smart key with push start/stop, 10 way adjustable driver’s seat, steering mounted audio and Bluetooth controls and the automatic transmission version also with paddle gear-shifters. However, there are a few plastic panels that could have been bettered, particularly the glossy black panel near the gear-shift and the thin paddle shifters on the steering wheel. 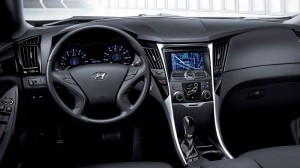 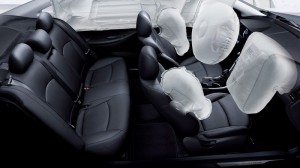 Hyundai will introduce this Sonata with a 2.4 litre GDi engine only, in both six-speed manual and six-speed automatic transmission. This GDi engine with a dual VTVT produces a peak power of 201 PS at 6300 rpm and a maximum torque of 250 Nm at 4250 rpm, which means that the car has got sufficient power for both the city as well as highway journey. 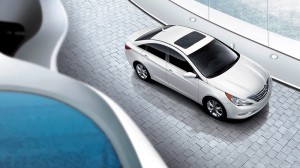 Although the 2012 version of this Korean premium car looks promising, it has the task to compete against some of the big wheels like the Honda Accord, Toyota Camry and Skoda Superb; a task the older Sonata did not fully succeed in accomplishing. Also the car will come in four elegant shades namely the Coral White, Sleek Silver, Mushroom and Black Diamond. The price for the 2012 Hyundai Sonata petrol version is expected to be around Rs 18-19 lakhs, while the diesl variant will cost around RS 20-21 lakhs.