With just one month left for the 81st Geneva Motor Show,  BMW has revealed the BMW Vision Connected Drive concept. Though the video of the car was released last month in January we will have to wait for more 3 weeks to know the details about the powertrain. The car showcases BMW’s “layering” design theme that attempts to give the vehicles a lighter and more organic appearance. 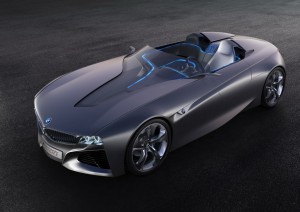 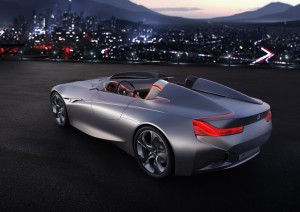 As such, the concept features a wide grille, massive air intakes, a frameless windscreen, and a transparent area in the hood that symbolizes the “driver’s focus on the road ahead and on the concentration of information that is flowing in the opposite direction, towards him.” Most notably, the car has electro- mechanical retracting doors which recall the Z1 and are perfectly road-legal in the retracted position. 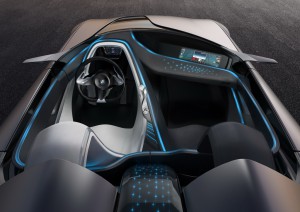 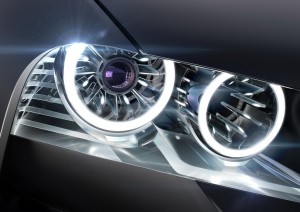 Inside, the cabin is split into two key sections as the driver and passenger are separated by a flowing center console which eschews many of the typical controls. Furthermore, the clean styling is highlighted by a programmable instrument cluster which is augmented by a head-up display that shows key vehicle information. 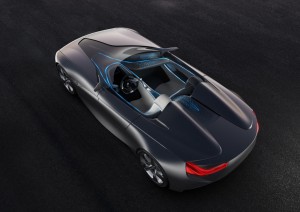 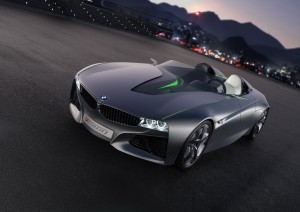 As for the Connected Drive part, BMW envisions that your smartphone will instantly link to the vehicle as soon as you enter. This will ensure drivers have full access to all of their apps, notifications, messages and contacts. While that sounds a bit 20th century, the system also boasts an augmented reality interface which can be shown on the head-up display and used to automatically drive the BMW vision without human interaction. 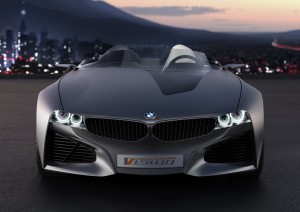 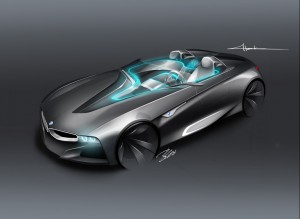