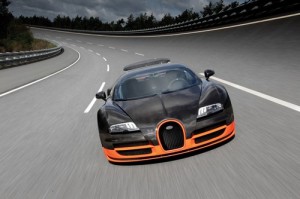 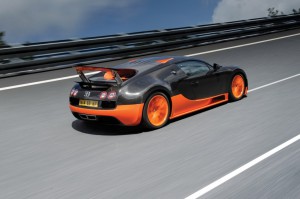 Buggati has brought the new Veyron the Bugatti Super Sports to Laguna Seca during classic car week here in Monterey… and did a parade lap at a pace about one-tenth of the car’s record-breaking 268-mile per hour top speed.

Bugatti also announced a few details about the Super Sport that has not been heard before. First, the Bugatti SS will account for the final 40 Veyrons built in the car’s 300-unit run. Second, owners of the Super Sport might be saddened to learn that the car is going to be limited to just 258 miles per hour, 10 mph short of the terminal velocity it reached to set the land speed record for a production car back in early July.