Chevrolet the global brand of General Motors has launched the Chevrolet Beat Diesel here in India last week at an official function held together in Mumbai as well as Delhi. The launch of Beat Diesel is sure to generate a price war among the various diesel hatchbacks present in the country. Chevrolet is into the automotive sector from the 1911 itself and since then it has extended its reach to over 120 countries. Last year the company sold about 4.25 million cars worldwide. 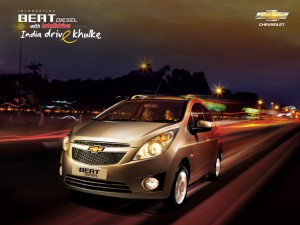 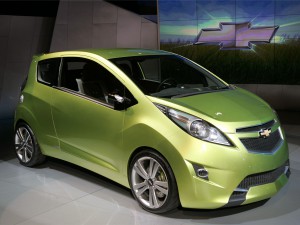 The Chevrolet Beat which began its sales in India in 2009 with 1.2 liter 4 cylinder petrol engine is a completely balanced car in terms of both performance and style. General Motors seeing the growing demand of diesel cars in India have now introduced the diesel version of the Beat. The engine for the Beat Diesel was specially designed for Indian roads by the General Motors Technical Centre India and GM Power-Train Europe.

Chevrolet Beat Diesel is powered by the all new 936cc, 3 cylinder engine that produces 58.5 PS of power at 4000 rpm. The earlier petrol version gave 80 hp of power. Even thought the power output in the new diesel engine may look a little less than the petrol version, the Beat diesel gives a 150 Nm of torque at 1750 rpm and the 24 km/liter mileage certified by ARAI makes the Beat diesel a real value for money. 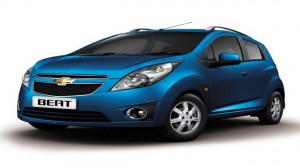 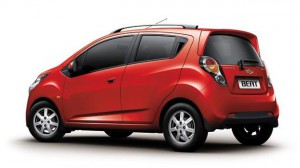 The new Beat looks aggressive and bold. Front grille is made in fine black mesh. The headlamps are long and stretched which is offered in a twin barrel design. The bumper carries the shark fin shaped fog lamps in the front. Rear door handles of Beat are designed in such a manner that it makes them literally invisible. Similarly inside also the car is full of surprises. The Anti-lock Braking System (ABS) and Dual airbags increases the safety aspect of the car.

Chevrolet Beat diesel will be introduced in four variants namely the PS model which costs around 4.29 lakhs, the LS with 4.59 lakhs, the LT with 4.99 lakhs and the LT which is optional package that costs around 5.45 lakhs. General Motors is also offering its customers a 3 year or 1 lakh kilometers warranty on the purchase of the Chevrolet Beat Diesel.