The Ducati Monster 795 is an excellently crafted machine that speaks of its Italian origin from every angle.  Built specifically for the Asian Market, the Italian marquee has made something for the first time which is targeted at and designed for a specific geographical area. Considering the fact that Asia has a rapidly evolving motorcycle market, Ducati have concentrated on this continent and decided to tread a path they haven’t trodden until now. 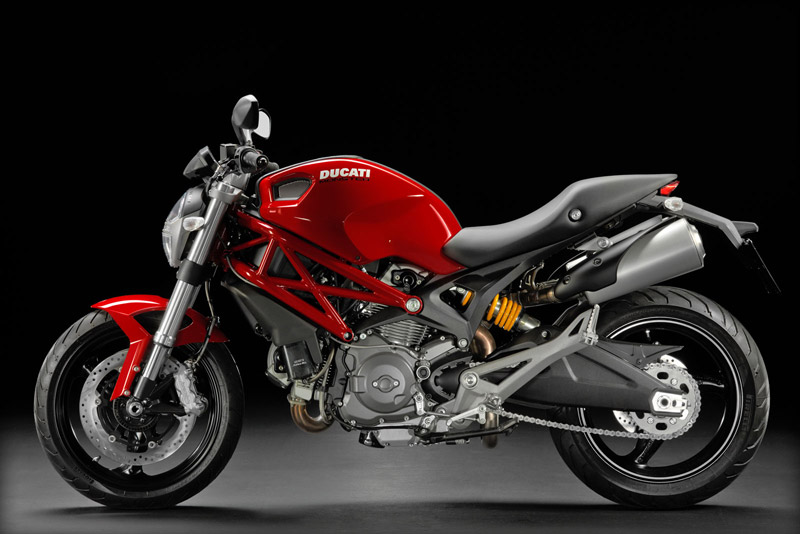 The Ducati 795 gets a heavily tapered and deeply sculpted fuel tank cover that allows maximum comfort and control on the bike. The narrowing of the bike’s ‘waist’ has the same effect as lowering the seat height, making it easier for more riders to get both feet flat on the floor. The bike gets an outstanding grip and unbeatable riding comfort, which is ensured by a 43 mm Marzocchi upside down stanchion fork providing 120 mm of suspension travel. Also the main visual and structural backbone of the Ducati 795 Monster is provided by an immensely strong but light tubular steel Trellis frame with aluminum rear sub-frame. 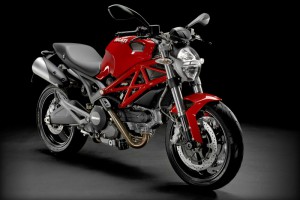 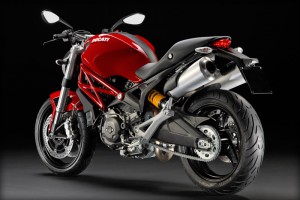 The Monster 795 uses the same engine as that of the 796, which produces 88PS of peak power and 78Nm of maximum power. It’s the same legendary Desmodue , air cooled, L-Twin engine which gives this bike too- the unmistakable Ducati sound. The bike gets a 6 speed manual transmission which is same as that of the 796, and that means we can expect the Ducati Monster 795 sprint from 0-100 km/hr in 5.17 seconds and reach a top speed of 200 km/hr. Now that is an impressive figure from a naked 800 cc motorcycle that has been conceptualized as an urban fighter. 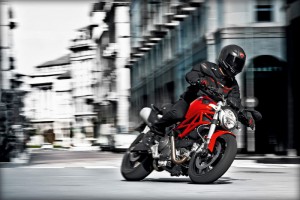 The Ducati Monster 795 will be available in three shades- Red (red/black), Arctic white silk (red/black) and the Diamond black silk (red/black). Ducati is offering this bike currently at a truly lucrative rate of Rs 7 lakh, which is an introductory price offered by Ducati India for the first 300 units sold in India, after which the price is expected to go up by over a lakh of rupees.