Head out for a drive somewhere in the UK and there is a good chance that you’ll come across at least one pothole during your journey from A to B.

The government have a plan of action to try and solve the road defects throughout the nation, with Chancellor Philip Hammond announcing during the 2018 Budget that local councils will be allocated £420 million during this financial year so that they can attempt to fix potholes in their constituency—this is on top of an existing fund that is made up of close to £300 million. 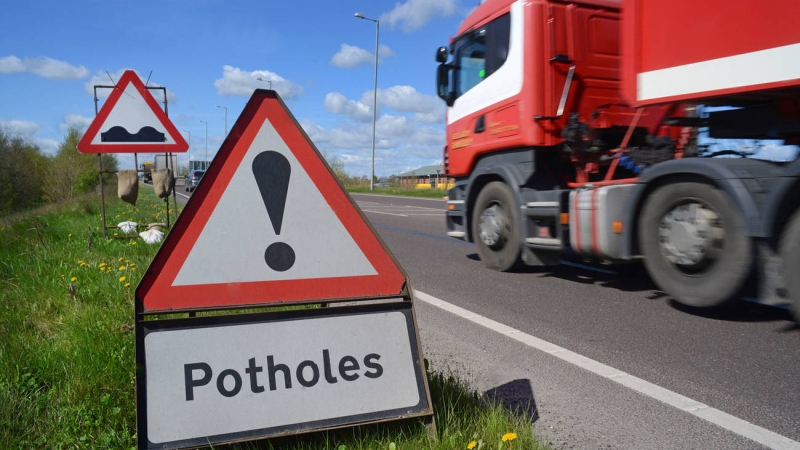 Commenting after Mr Hammond’s budget announcement, money.co.uk’s Editor in Chief Hannah Maundrell said: “£420million to tackle potholes might seem like throwing big money at a relatively minor issue, but it’s a common problem for many drivers who have to fork out cash because their cars are damaged by poor roads.

“This will be welcome news too for insurance companies who foot a large chunk of the bill.”

Do you think potholes across the UK should be seen as a more major issue than they are at the moment? Also, how far will the funds actually go to solving the problem? After all, the Asphalt Industry Alliance’s chairman Rick Green pointed out in March following a local authority survey that “more than £8billion would be needed to carry out a one-time catch up to bring local roads in England up to scratch”. 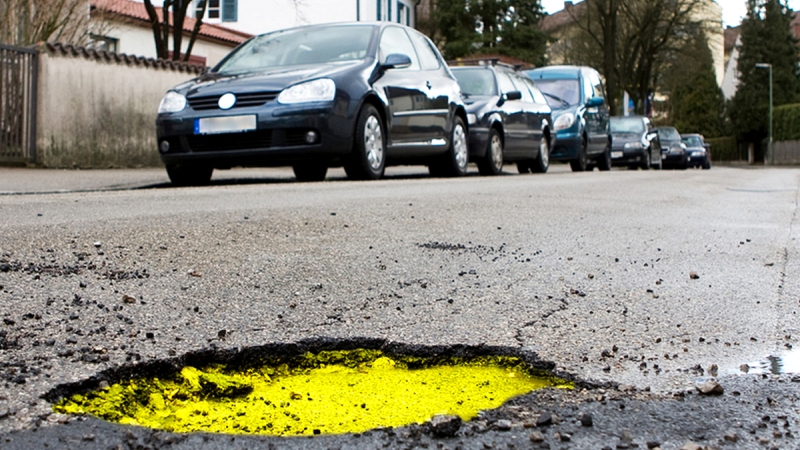 Join Vindis, Audi dealer, as they explore just how bad the UK’s roads are as a result of potholes…

The pothole problem throughout the UK

FillThatHole.org.uk has put together a league table that consists of highway authorities ranked on the number of road hazards which were reported to them. Here’s a look at the top ten places currently in this table, as well as how the stats have changed since the summer of 2017: 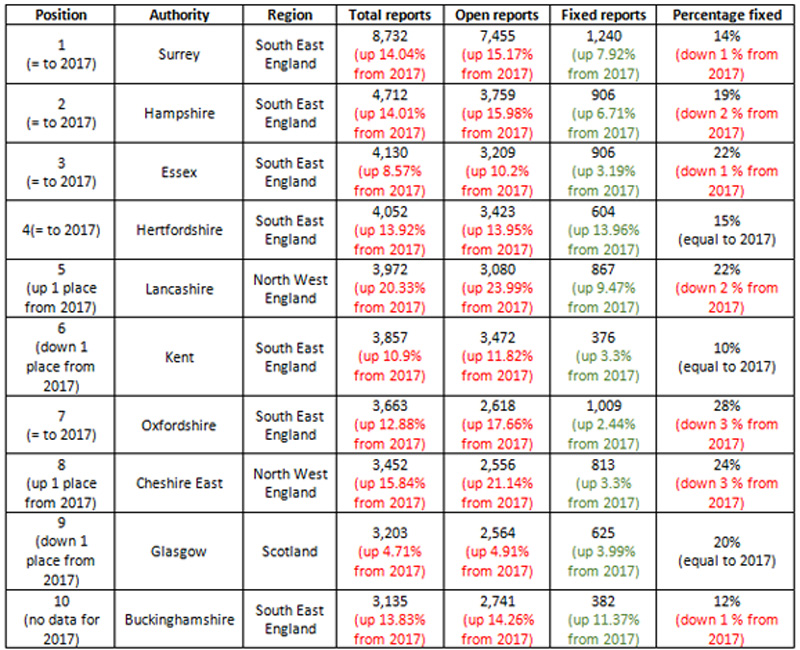 The data gathered above showcases a major headache that is being faced by those attempting to sort out the issue with potholes throughout the UK.Looking at the figures we can see that all 10 authorities used in the table have an increased number of potholes they’ve fixed. The number of potholes that have been reported however, has increased in each authority. This indicates that there are more new potholes appearing than those tasked with repairing them can keep up with. 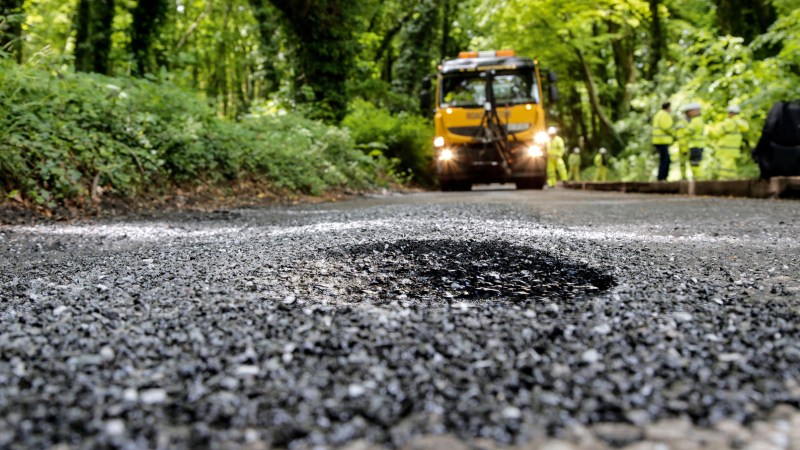 You can see this when looking at the figures of Lancashire in the North West of England. Potholes fixed in that area was up 9.47% compared to summer 2017 figures.While this should be good news, it’s countered by the fact that the total reports in the region increased by 20.33 per cent and the number of open reports was up 23.99 per cent over this same period. Despite their efforts then, Lancashire has actually moved further up FillThatHole.org.uk’s league table!To get rid of the UK pothole problem there’s no doubt a massive effort will be needed. We’re still to see just how far the £420 million promised from the 2018 budget will go to help solve the nation’s pothole crisis, but hopefully this will be a step in the right direction.