With just a few days left for the 2012 Geneva Motor Show, we bring to you the images released by Infiniti for its all new Concept car- the Infiniti Emerg-E, that’s going to make its debut at the Motor Show. Infiniti vice president Andy Palmer says that the car will be the first to highlight Infiniti’s new styling direction. And so does the pictures that show off the Emerg-E as a cool looking two-seater sports electric car with some heavy ambitions. 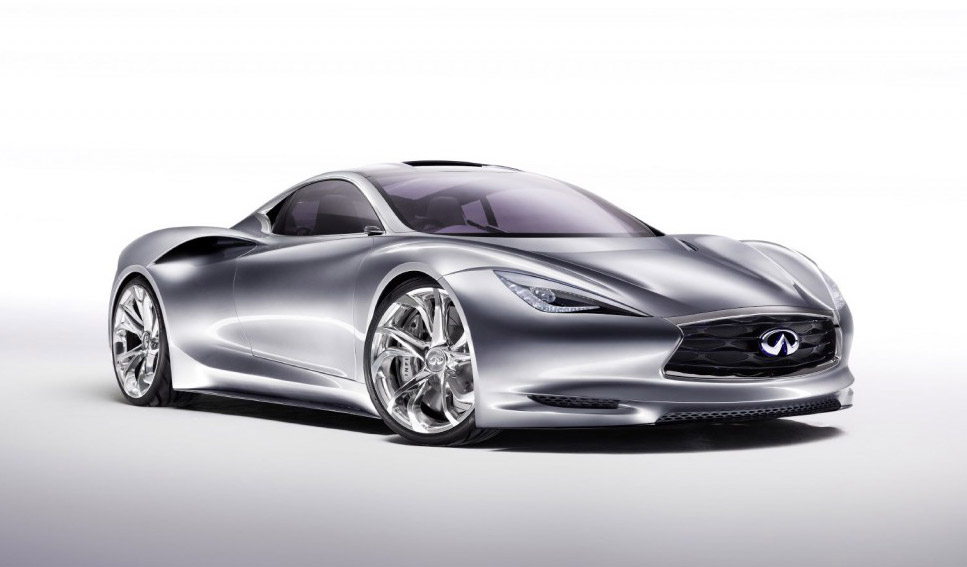 The Infiniti Emerg-E concept will be the first Infiniti ever to utilize a plug-in electric drive-train paired with a range-extending internal combustion engine. But that’s not the most interesting part. The Emerg-E plug-in will feature a mid-engine setup, which will presumably power the car’s rear wheels and this engine will be visible under a glass panel which is an extension of the car’s full glass roof. 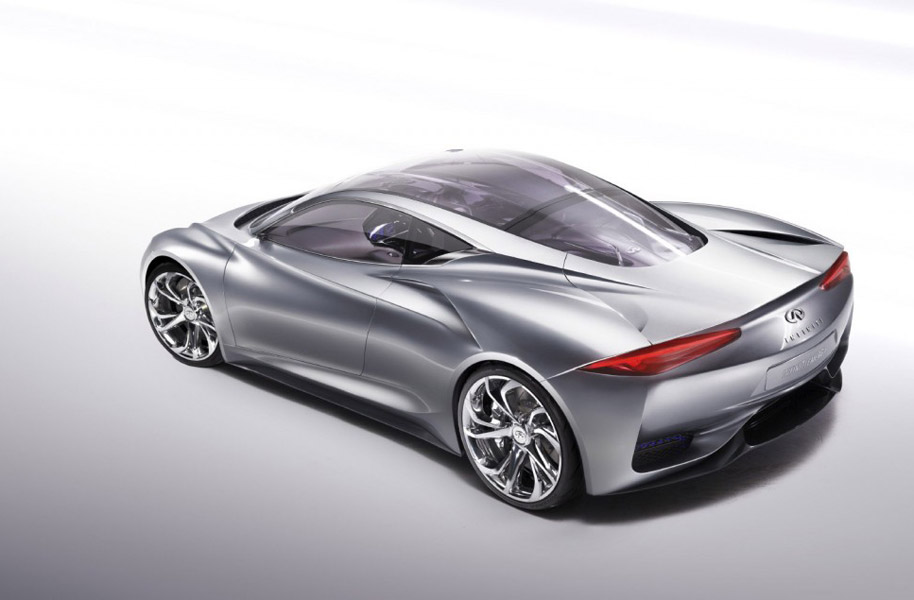 On the exterior the Infiniti Emerg-E concept boasts a muscular and aerodynamic design that wouldn’t look out of place on an Italian car. However, it is instantly recognizable as an Infiniti as several of the brand’s styling cues have been incorporated into the grille and headlights. The interiors look futuristic with a right hand drive configuration setup.  The dashboard is full of instruments made of digital gauges and has a function to allow the driver to track the time. Also there’s a fuel gauge and an electricity gauge sitting side by side.

The images of Infiniti Emerg-E Concept highlight a pretty and curvaceous design and gather some similarities like that of the Ferrari 458, McLaren MP4-12C, Lexus LFA, Audi R8 and even the Lamborghini Gallardo. Technical details of the car is not yet known, however the photos released might force the company to release the full set of details in the next few days.