Lamborghini has officially launched its concept called the Sesto Elemento. It is made entirely of carbon fibre. This concept signals Lambo’s intention to withdraw from the Top Speed War which the world’s supercar makers have been embroiled in for some time, and instead focus on something much more doable – power-to-weight. 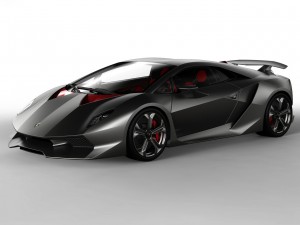 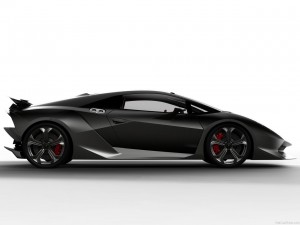 The fascinating heart of the Lamborghini Sesto Elemento Concept is familiar from the Gallardo LP 570-4 Superleggera. In the Sesto Elemento too, the V10 unit is mounted “longitudinale posteriore” – longitudinally behind the driver. The 570 hp output equals 419 kW, all of which is available at 8,000 r/min. The pulling power is just as impressive – with the torque curve peaking at 540 Nm and 6,500 r/min.

The highlights of this long-stroke engine with an aluminum crankcase include dry sump lubrication and a cylinder angle of 90 degrees. Both solutions are an integral part of the lightweight engineering approach, as well as serving to lower the center of gravity and thus tighten the handling characteristics. Ideal combustion chamber fill comes courtesy of a switch-over induction system and continually variable, chain-driven camshafts.

As such, Lamborghini Sesto Elemento gets the Gallardo’s 5.2-litre V10 wrung out to 562bhp, but sits on a carbon-fibre body weighing 999kgs, meaning rocket-powered performance in a go-kart shell. 0-62mph is sliced in just 2.5 seconds, which, as you’ve guessed, is the same as a friggin’ Veyron. Top speed is ‘over 186mph’.  Lamborghini says it  wants to refocus the idea of extreme performance with this.