The 2012 New York International Auto Show is going on and the Japanese Automobile company Mazda has announced that the production version of the Mazda Takeri Concept also known as 2013 Mazda 6 will be displayed at the Paris Motor Show scheduled later this year.  The concept version of this car was first displayed at 2011 Tokyo Motor Show and since then it has caught the attention of lots of automobile lovers. Mazda Takeri is made with a corporate brand style “KODO” which means the soul of movement which was already incorporated in the new Mazda crossover CX-5. 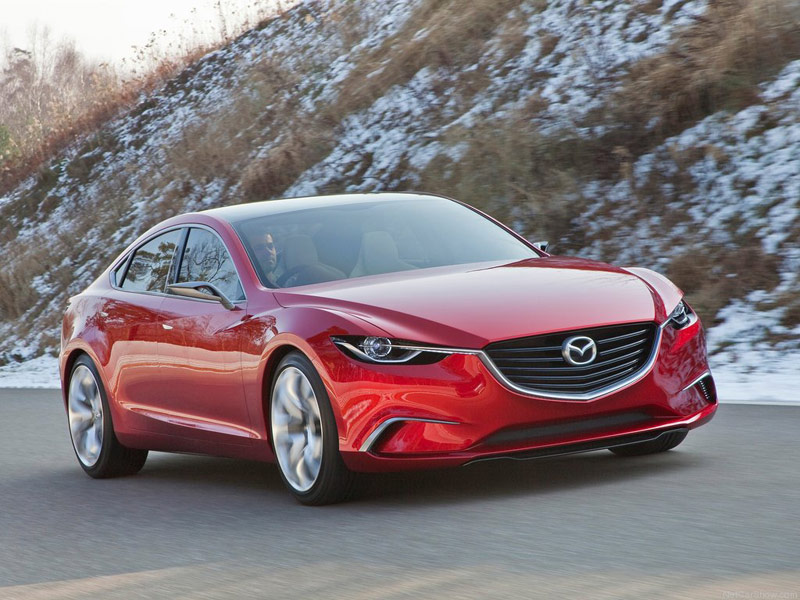 The Mazda Takeri Concept is the second vehicle after only after CX-5 crossover for which all the developments including the new auto platform, body and gear of SkyActive Technology will be used.

Takeri Concept offers a new and a very attractive corporate face from Mazda with a five point hexagonal grille and bladed front end design.  The outwardly spread front fenders with slightly oversized 20 inch alloy wheels gives the vehicle an aggressive look with lean proportions. Onto the rear, the trunk lid extends till the tail-lamps giving the Mazda Takeri more width visually. Overall this car stresses on the aerodynamic performance, adopting the features common to all new-generation Mazda cars equipped with Skyactive Technology. 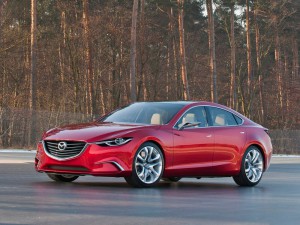 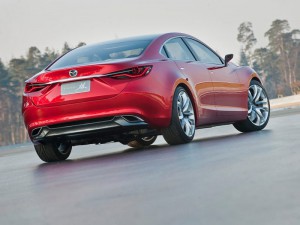 Takeri inherits a four door sports coupe vision of Mazda Shinari concept car that combines speed and excitement with a sedan car styling. Interior of this car indicates a high-level balance of the sense of speed and the functionality of the driver and car interface. No doubt that the materials used including the white seats and metallic accents gives an overall comfort and ambient environment inside the car. Also the inclusion of three spoke steering wheel, aluminium pedals and paddle shifters all hint at mazda’s sporting intentions with the car. 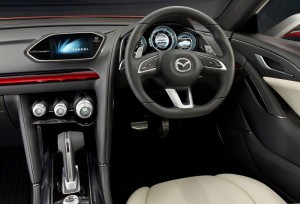 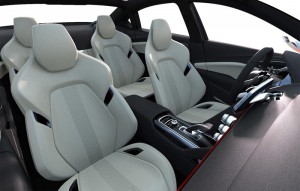 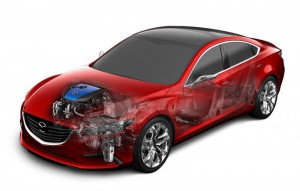 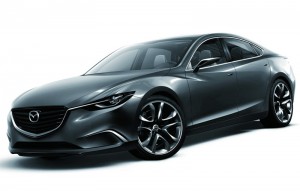 Although we don’t know the price of this concept car yet, but still the Mazda Takeri Concept gives us a glimmer of hope that the next-generation Mazda6 will not only be stunning to look at, but will also feature a diesel engine.