After many months of speculations and uncertain leaks, Porsche has finally released the specifications of their latest limited edition 911 series, the 2011 Porsche 911 GT3 RS 4.0. Only 600 units of the model will be made and its believed that the market launch of the vehicle will begin in Germany in july 2011. 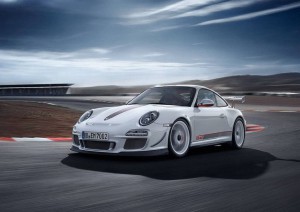 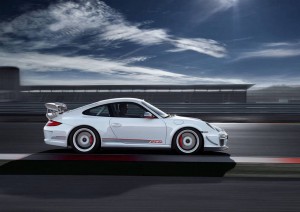 Porsche 911 GT3 RS 4.0 as the name suggests has a 4.0-liter flat six cylinder engine which has been derived from the 911 GT3 RSR racing car. The engine has forged pistons and the connecting rod is made out of titanium. The four-liter engine in Porsche 911 GT3 RS 4.0 is the biggest of its kind in the 911-model line. This is also the most powerful of their naturally aspirated engines producing 125hp/liter (92 kW). It produces a maximum power of 368 kW (500hp) at 8250 revs per minute. Engine of Porsche 911 GT3 RS 4.0 produces a maximum torque of 460 Newton meters at 5750 rpm. The engine will be mated to a six-speed sports transmission, which is optimized for low weight and high efficiency. 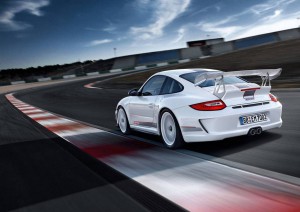 The performance given by the 911 GT3 RS 4.0 is truly impressive. It completed the Nürburgring-Nordschleife round in about 7 minutes 27 seconds, making it the fastest production car ever run on that track. The car is available exclusively with a six-speed sports transmission. It achieves 0-100km/hr (62 mph) in just 3.9 seconds. In racing tracks Porsche 911 GT3 RS 4.0 reaches 200km/hr in under 12 seconds.

Porsche has given supreme importance to the weight reduction of 911 GT3 RS 4.0. In addition the suspension used in the vehicle are of the motor racing type. The lightweight of the vehicle is provided by bucket seats, bonnet and front wings which are made out of carbon fiber. At 2.72 kg/hp, Porsche 911 GT3 RS 4.0’s power-to-weight ratio dips below the magical threshold of 3 kilograms per hp. 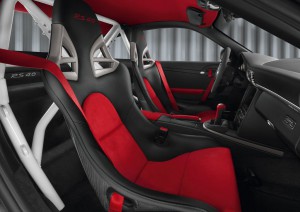 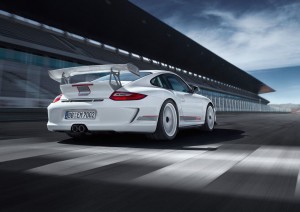