Microsoft has officially unveiled a concept car code named “Project Detroit” which is created to empower the developers, so that they can think about building applications and automotive technologies for the future. When you first read about this car it’s almost like a dream that can’t possibly exist. But Microsoft has made this dream come true  in partnership with the West Coast Customs to introduce a 2012 Ford Mustang with cutting edge technology that’s never been used before in any of the automotive applications. 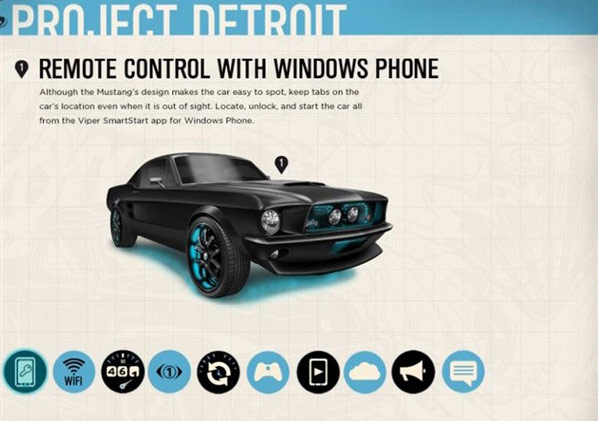 This impressive looking 2012 Ford Mustang gets a 1967 Mustang fastback body which is studded with neon blue lighting under the car. The design for the car has been done by an award winning automotive designer Ryan Friedlinghaus who is based in Corona, California. And so he has brought this concept altogether in Ford Mustang, as anyone living in US knows that Mustang is one of the most recognizable vehicles on American Highways. The Ford Mustang is an affordable muscle car that has got massive performance figures while also being cheap. 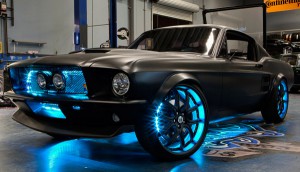 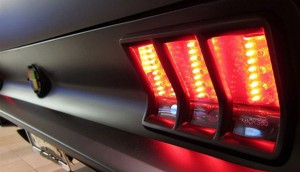 The best part of the Project Detroit can be seen once you get inside the car. Various things that one can find includes multiple touch screens, a heads-up display with telemetry and maps, a wireless network, an Xbox 360 with Kinect, Kinect cameras providing a live feed of people and objects in front of and behind the car, customizable car-horn “ringtones”, external speakers and the ability to remotely find, unlock as well as start the car using Windows Phone apps like the Viper SmartStart. Also there’s an instrument cluster inside features a touch screen which lets users toggle between different dashboard skins. And for the funny part in this Ford Mustang, we have a rear-windshield projector screen, which displays message recorded on Windows Phone for the cars at the rear (for example “Get out of my way, Stop Honking at me, etc”) 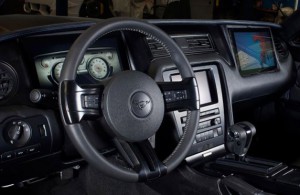 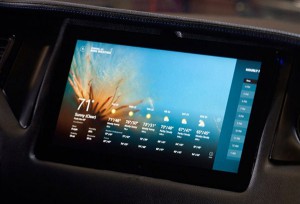 Though the car gets some of the latest techie stuffs, we can only hope that someday Microsoft comes out really with such a car for sale. Unfortunately at present the Project Detroit is only a concept.