Ford, the American auto gaint had been quite late in its manufacture of SUV’s until it came in with the Kuga, the compact Suv in 2008. However the company has made a facelift for this SUV. The new model is aimed to replace the Kuga model in Europe and Ford Escape in US. This new model of 2011 ford kuga will be on display at the Detroit Auto Show 2011, but will be scheduled for manufacture only in the 2nd half of 2012. 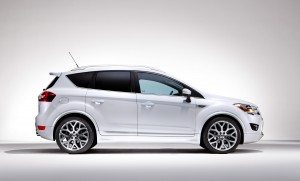 The exterior of the 2011 Ford Kuga is made to be more aerodynamic and stylish than the current Escape. It’s “kinetic design” is different than other vehicles on the American market. This vehicle is likely to offer a large sunroof, heated windshield, roof rails, and backup camera. 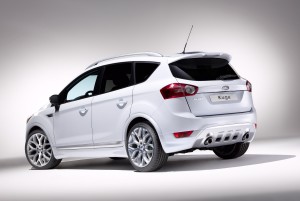 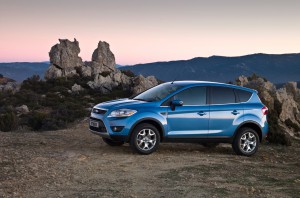 The 2011 Ford Kuga’s longer wheelbase allows the vehicle to have a cabin that has more space than the previous model and  other crossover SUVs. The vehicle does have a smaller cargo hold than many other vehicles, with a capacity of 47.9 cubic feet. The materials that make up the Kuga feel like they are premium quality. Keyless ignition, a sunroof, heated windshield, two-zone climate control, and a rear camera are also included with this vehicle. 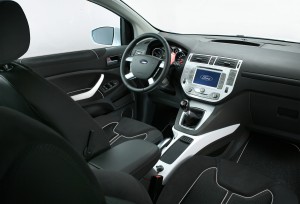 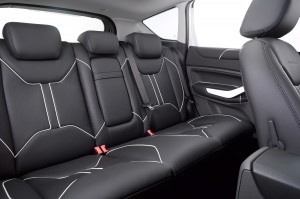 The 2011 Ford Kuga is a more economical and stylish car than the Ford Escape. The Kuga is also nicer to drive than the Escape. The vehicle currently has a six-speed manual transmission, but prior to its introduction in the US, an automatic transmission should be available.

Pricing: currently unknown. It is likely that the US Kuga will be priced differently than the European Kuga, due to differences in taxation.

Engine: 2.0-liter, 161 horsepower four cylinder diesel engine. A 2.5-liter, 200 hp gasoline model is in development. Prior to its US release, a 2.0-liter, 145 hp four-cylinder gasoline engine will probably be available.