This year’s Geneva Motor Show saw one of the most important and significant revelations from the German automobile giant in the form of 2012 Mercedes Benz A Class. Sticking to the low height form of the A-class Concept, this production version has given up the tallboy shape for good and is now sleeker and 7 inches shorter (in height). The 2012 A class tries to communicate a passion for design at the very first glance as well as reflects the new Mercedes-Benz design strategy. 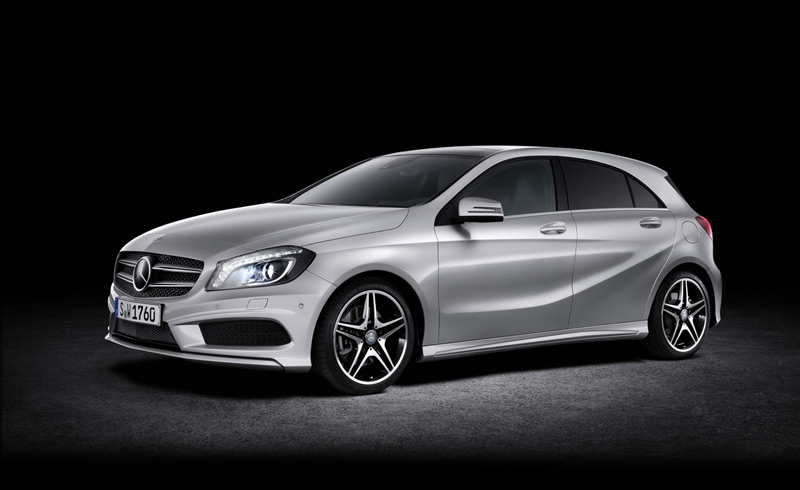 The 2012 Mercedes Benz A Class is not just lower than the previous model, but is longer and wider too. This car gets its unique appearance through a blend of concave and convex surfaces particularly along the sides. Some of the typical features on the exterior includes the V-shape front, separate headlamps with LED modules for running daytime, radiator grille with Mercedes star and double slats to either side of the star, as well as additional air intakes on the sides. 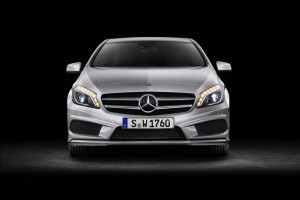 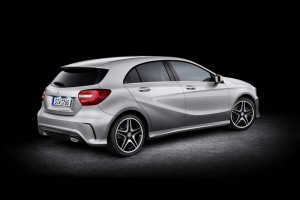 Even inside this new A-class one can find that it is a pretty good looking machine with enough room space (particularly in the back) to give stiff competition to the other German rivals. Also there is a lot of gadgetry inside, such as syncing with iPhone, drowsiness detector, voice activation for various systems and radar-based Collision Prevention Assist, etc. 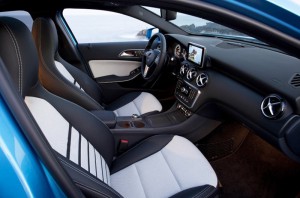 The 2012 Mercedes Benz A Class will be offered with six engine options, three in petrol and an equal number in diesel. All these engines will come with the option of a six-speed manual or seven-speed dual-clutch automatic gearbox. The base model of petrol car will have 1.6 liter turbocharged 4 cylinder engine producing 122 HP while the diesel model will get a 1.8 liter common rail turbodiesel producing 109 HP. 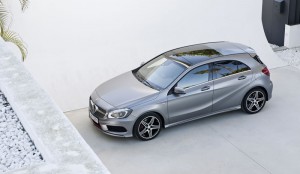 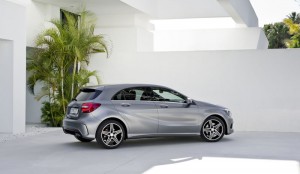 The New A Class Benz will be available in three levels: Urban, Style and AMG Sport, with a starting price tag of about £20,000. Other competitors in this segment will be the new Audi A3, Volkswagen Golf and the BMW 1 series.