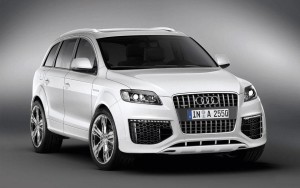 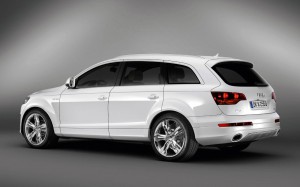 “The Audi Q7 – the high performance luxury SUV has been one of the main contributors to our success in the Indian market.  We are confident that it will further help us consolidate our leadership position in the luxury SUV space“, said Mr. Michael Perschke, Head – Audi India.

The Audi Q7 3.0 TFSI employs TFSI technology for the first time and combines supercharging of the engine with petrol direct injection. The compressor provides for top-class performance characteristics on the new 3.0 TFSI quattro engine with high torque at low engine speeds, resulting in an extremely spontaneous response and exceptional power development across the entire speed range.

Compared to its predecessors this car has brought in the new 8-speed automatic transmission which considerably reduces fuel consumption and emissions. It minimizes jumps in engine speed between gears, and the engine always runs near its ideal operating point. Shifting is smooth and practically imperceptible, as well as being spontaneous, speedy and supple.

The Audi Q7 range is also powered by highly efficient diesel engines and is available in 4.2 TDI (India’s most powerful diesel SUV) and 3.0 TDI engines. It has been the market leader in its segment for the past three consecutive years.