Ford Motors has tied up with five emerging filmmakers from different parts of the world to create a new series of entertaining short films, to promote the EcoBoost range of Ford engines. These advertisement campaigns are based on the attributes of the EcoBoost engines that have small displacement capacities but still produce power like that of bigger engines. 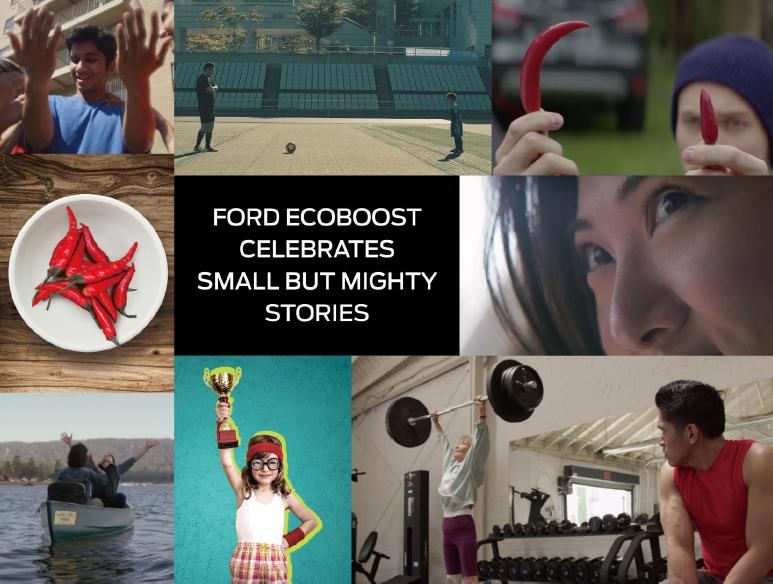 The EcoBoost engines jointly developed by Ford Motor Company and the FEV engineering are small turbocharged engines with direct fuel injection. These engines improve the fuel efficiency of the car and at the same time enhance the engine power and torque. It was introduced in the year 2009, and since then about 5 million Ecoboost equipped vehicles have been sold globally. By the end of 2015, it is believed that Ford will offer EcoBoost engines in Asia Pacific in more than 20 vehicles.

In India, the company offers the award-winning 1.0 Liter EcoBoost in its smart and stylish EcoSport model. The urban SUV has successfully created a benchmark in the country with its unmatched quality and value package with the 1.0L EcoBoost available on its Trend+ and Titanium+ trims.

These short films features various concepts like a  slender man with incredibly strong super hero-like arms to a pint-sized football champ who proves that size doesn’t matter; or from a super granny to the ultimate spicy power of a small chilli. All of these ads are about the small details, moments and actions, that shape our mighty world

Check out the video for yourself and let us know if you liked it.

This post has been sponsored by Ford, but all the thoughts are my own.