With great responsibility comes a great prize! Here’s your chance to win a Maruti Suzuki A-Star! 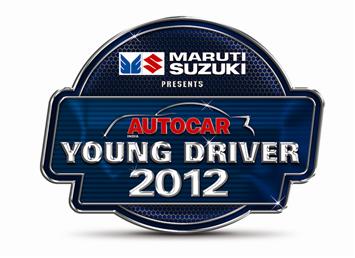 Maruti Suzuki and Autocar India join hands again this year for their nationwide hunt for the safest driver on Indian roads. The innovative concept, which is in its fourth successful year, has been encouraging the culture of safe driving especially amongst the Indian youth. This competition tests the competitors’ knowledge of traffic rules, awareness of road safety along with their real-world driving skill. This contest is open to all individuals, between the age of 18 and 30, with a valid Indian driving license. Every year, the winner of the contest is not only crowned the Maruti Suzuki – Autocar Young Driver 2012 Ambassador for safe driving but also takes home a brand new Maruti Suzuki A-Star.

Phase 1 – Participants who have registered on www.youngdriver.in or via Facebook.com can take the Online Theory Test in the form of a quiz. They will be tested on their knowledge of traffic rules, awareness of road safety & driving regulations. The contestants will be selected on the basis of the highest scores in the least time taken for completing the quiz. The last date for this phase is 8th June 2012. Contestants who make it to the next round will be intimated via e-mail, SMS or notified by Facebook.

Phase 2 – A Skill test will be conducted in this round, which will comprise of a Driving test, at any one of the Maruti Driving Schools (MDS) spread across 42 major cities of the country. The selected contestants can take up their skill test at any of the Maruti Driving School in their region as per the schedule allocated by organizers. Based on candidates’ performance in the skill tests at the MDS, 20 finalists will be identified for 3rd round.” This phase will start on 13th June 2012 and will be held till 30th of June 2012.

Phase 3 – The 20 finalists will be flown in to Delhi for the Grand Finale. In this round, candidates will be evaluated at the Institute of Driving and Traffic Research (IDTR), New Delhi, under the supervision of IDTR instructors and judges from Autocar India. Candidates will be evaluated on 20 parameters pertaining to safety, vehicle control, theory knowledge and its application while driving.” Contestants shortlisted for Grand Finale will be contacted shortly.

Phase 4 – The winner will be crowned the ‘Maruti Suzuki – Autocar Young Driver of the year 2012’, he will also become the Ambassador of Safe Driving and will take home a brand new Maruti Suzuki A-Star!