Mercedes Benz has come up with their latest edition the R-Class which is also known as the king of family segment cars, into the Indian market. The company further said that this year has been fantastic for them when it comes to sales. Mercedes said that they have already met their sales target for the year (by September). According  to Benz the new Mercedes Benz R-Class is a crossover between a sedan and a mini-van rather than a normal SUV. 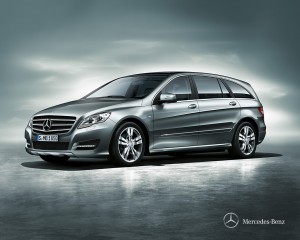 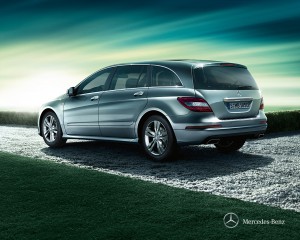 The new R-Class represents the very finest virtues. A car beyond reproach. And quite rightly a royal class of family cars. This model is priced at around Rs. 58.7 lakh.

The car has a 6-cylinder engine with 4-valve technology in the R 350 4MATIC embody refined power. The maximum torque of  350 Nm facilities immediate power delivery over a particularly wide engine speed range, which means that impressive reserves of power are available in every driving situation, ensuring relaxed motoring. The further defining characteristics of the V6 engine is their efficient use of fuel. The four variable camshafts continuously controls the correct amount of fuel to  be supplied as per the driving  situations. The R 350 4MATIC has an output 200 kW. 4MATIC permanent all-wheel drive provides impressive traction as well as enhanced directional and driving stability. The chassis and the AIRMATIC air suspension really come into their own road, offering a high level of comfort as well as impressive agility. 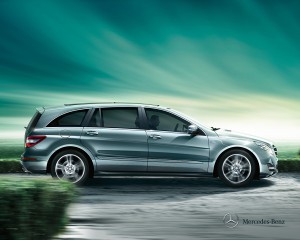 Mercedes-Benz to set up new unit at Pune by 2011