The Mitsubishi Outlander has been the company’s best-selling vehicle from the past three years and has also scored impressive results that include the “Top Safety Pick” given to the 2012 model of Outlander by the Insurance Institute for Highway Safety (IIHS). Now that the year 2012 is underway, the company is gearing for the all-new 2013 models, the 2013 Mitsubishi Outlander being one of them. This new model is expected to have impressive technology upgrade with multiple accident-preventive alerts, as well as design and equipment improvements. 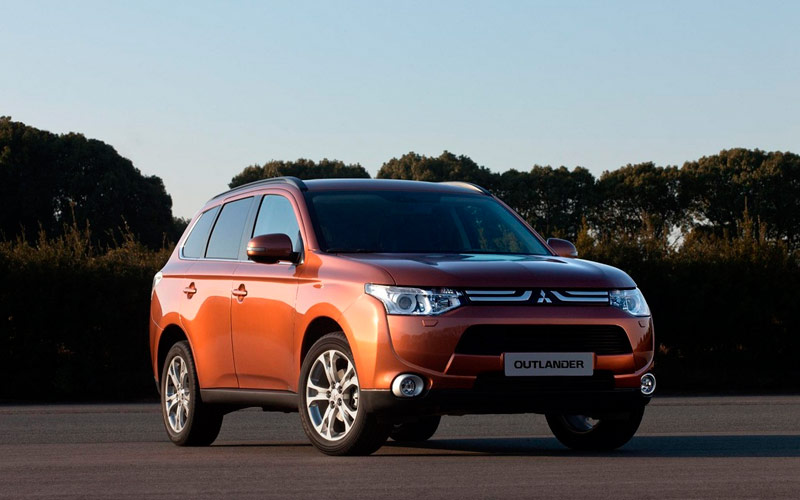 The 2013 Mitsubishi Outlander is more of a facelift version of the previous model. The latest model gets a new front fascia having trapezoidal grille opening and recessed fog lamps which features a new, simpler and cleaner shape. Other new features on the exterior includes chrome surround around the fog lamps, black lower side sills as well new rear fascia with LED tail-lamps. Apart from the previous colours like the Laguna Blue, Labrador Black Pearl, Mercury Gray, and Rally Red, the 2013 model also gets additional exterior colours that include- White Pearl and Quick Silver. The 18 inch Aluminum wheels will be a standard for all trim levels. 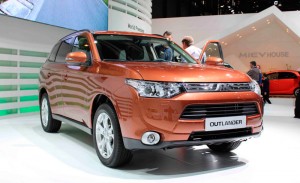 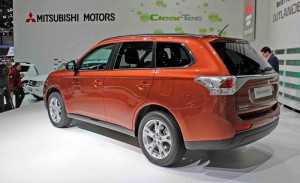 Just like the exterior the interiors of the new Outlander is also redesigned to give the vehicle an all new experience. The new 2013 model will have both five as well as seven seat configuration option, with the third row reserved for small children. Other standard features includes leather wrapped steering wheel and shift knob, audio controls mounted on steering-wheel, FUSE Handsfree Link System that allows voice-activated operation of an iPod and a cell phone, air conditioning with micron filter, rain-sensing wipers, xenon headlights, and an upgraded six-speaker audio system with satellite radio. 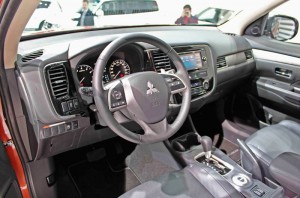 The 2013 Mitsubishi Outlander does not get any changes under the hood, which means it will be powered by the same 2.0 liter inline-four engine as its previous model. This engine produces a total of 148 HP and a peak torque of 145 lbs-ft. It is mated to an Enhanced Continuously-Variable Transmission (CVT) which serves the purpose for improved acceleration and smoother shift change. 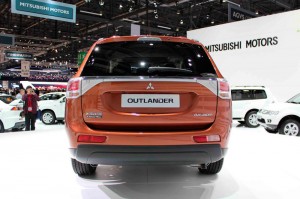 The 2013 Mitsubishi Outlander is believed to go on sales towards the end of this year. However the price of this vehicle is still not declared. Some of the vehicles competing against the new Outlander can be Honda CR-V, Kia Sportage, Ford Escape, and Hyundai Tucson.