As the name itself suggest, Ducati Diavel is Evil like the Devil! It’s a bike with sophistication, lightness, speed and awesome handling. It’s the meanest looking cruise bike around in its class of its own. Launched by Ducati last month at the Milan International Motorcycle show, the new Ducati Diavel will also come in stunning diamond black colour.

The Ducati Diavel is light in weight, fast and technology-vice sophisticated. So the bike has good handling and is also fun riding. Diavel as a cruiser gives lot to the bikers who love to cruise. It adds sports ability to the particular category of bikes. 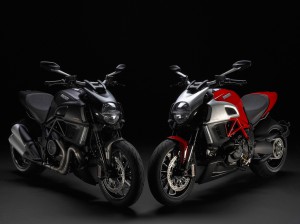 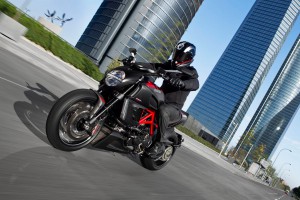 The Daviel runs on a Testastretta 11˚ engine in its heart. The exhaust and airbox are designed as such so it produces an extra 12 bhp to produce a peak bhp of 162. It has very good fuelling and delivery.  Switchable riding modes like Urban (100bhp), Touring (soft 162 bhp) or Sports (sharp 162 bhp) can be used to adapt the bike to the preferred use. All this makes the Daviel a very dynamic piece of machinery. 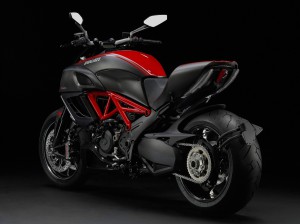 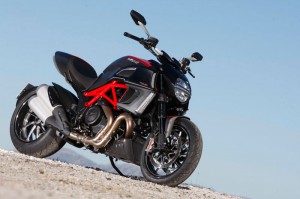 Diavel is equipped with high tech functions like ABS, TFT instruments, DTC, brakes with top specifications, a ‘car-style’ keyless ignition, LED headlamp, footpegs with detachable rubbers, tail and ‘strip’ indicator lights,  billet mirrors and a large diameter exhaust which includes not one but two lambda sensors, a catalytric converter and a power valve.

This also something in which the Ducati Diavel really rocks! Its a cruise bike that performs like the best of naked bikes. It has high amount of stability and awesome breaking ability too. Its massive thick rear tires are just hot! Cruising on this baby is worth all the bucks and fuel! 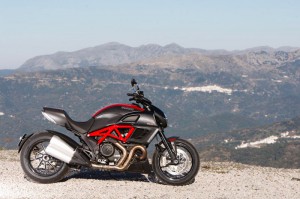 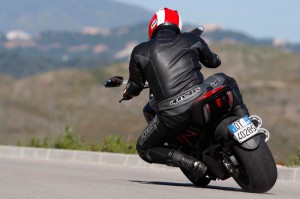 Its too early to comment on its quality and reliability. But like all Ducati bikes, Ducati Diavel too comes with an extended 15,000 miles service interval. Other than this the build is just tactfully and beautiful made up. There are no stranded wires jotting out or any bad material used for its build. The quality of build for this one is really notched up. 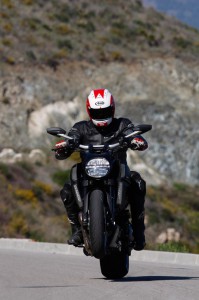 As of all this bike being released this year 2011 could be fetched for about 13,000 pounds. That would be the cost for the standard versions but the carbon versions costing even more.