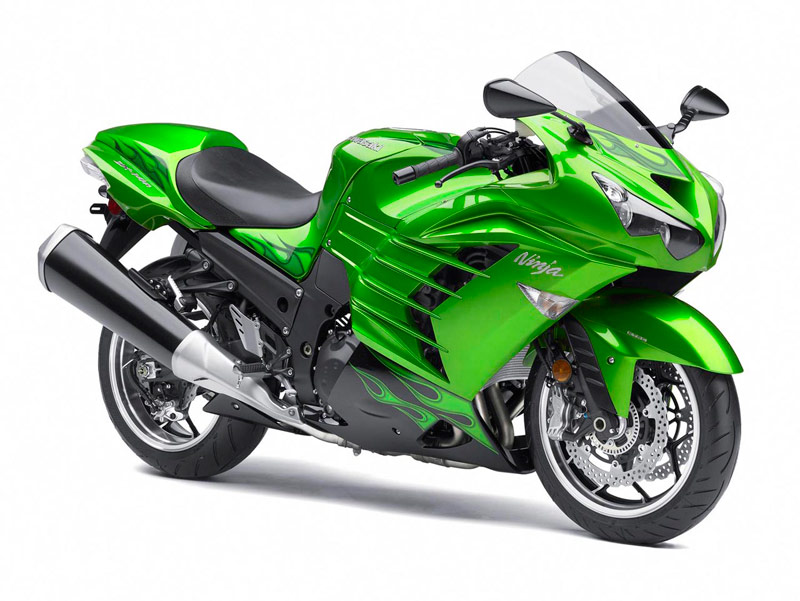 Kawasaki, the Japanese motorbike giant has released the details of the 2012 ZX-14R. Declaring this bike massively more powerful, company says that the motorcycle will feature new electronic enhancements, a reworked engine and slightly restyled bodywork for next year.  Since its debut in March 2006, the Kawasaki ZX-14R has won every major magazine comparison test it participated in. Having earned world-wide praise for massive torque, effortless power, stable handling and comfortable riding position, the 1441cc Ninja ZX-14 has set performance standards in the bike industry. 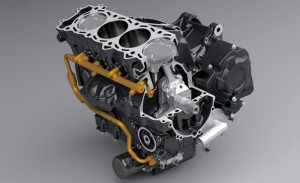 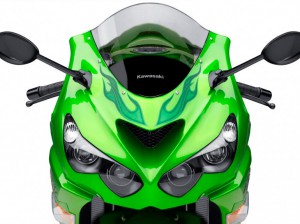 Based on its spec sheet, this new Ninja should leave the old bike for dead. Top to bottom, no part of the liquid-cooled DOHC, 16 valve inline four has gone untouched. A 4 mm longer stroke boosts displacement from 1352cc to 1441. Camshafts have more duration and lift, and the chain that drives those cams via a new crankshaft with 2mm thicker mains are stronger and have a new tensioner.  What’s more, the cylinder head ports are reshaped and polished, and the combustion chamber are now surface-miled, not cast. Lighter forged pistons are cooled by under-skirt oil jets. An all new catalyser-equipped exhaust system features tapered header pipes and larger-volume mufflers. 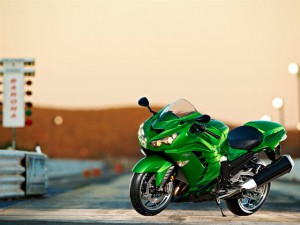 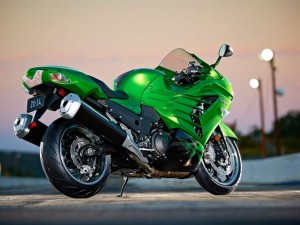 The Kawasaki ZX-14R is equipped with a three mode KTRC traction/wheelie control, originally derived from the ZX-10R and a new slipper-type clutch. The KTRC is controlled by a handlebar mounted toggle/push switch, and the system’s effects can be seen on a seven segment bar graph on the cockpit’s liquid-crystal display. 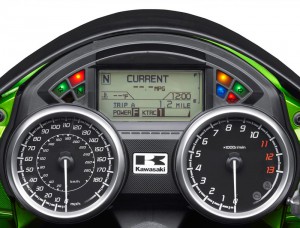 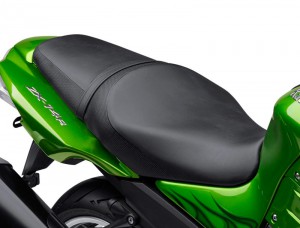 Just like the ZX-10R, full power and KTRC Setting 1 deliver the least interference and thus ultimate performance for the Kawasaki ZX-14R. This means if you whack open the throttle, the bike will stand right up. Setting 2 increases wheelie control and further reduces rear-wheel slip. Setting 3 softens engine output yet again, allowing the rider to negotiate even gravel roads without wheelspin. Low power mode provides full performance up to 60 percent throttle opening. Beyond that, just 70 percent of maximum engine output is available. 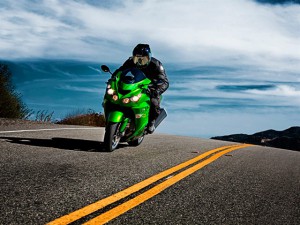 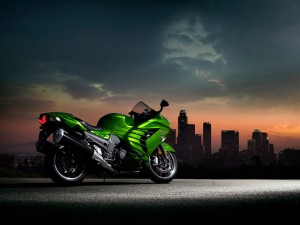 The new 2012 Kawasaki ZX-14R is expected to cost $14,699, which is $1100 more than the cost in the year 2011. The bike will be available in Metallic Spark Black, Candy Surf Blue, and Golden Blazed Green with special graphics (SE). However an extra $200 will be charged on the golden Blazed green version with flame graphics, color matched side fins and cockpit cowling, and wheels with machined edges. 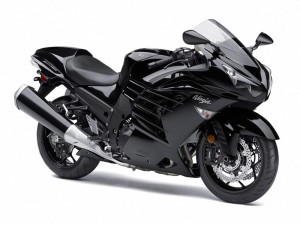 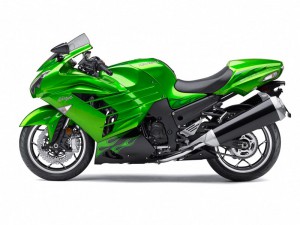 Please input your email address. That email is already subscribed. Your address has been added.
Tags: Kawasaki ZX-14R
Bob Dec 8, 2011