At the Frankfurt Motor Show 2011, Land Rover launched their yet another great cars the DC 100 Concept and the DC 100 Sports Concept. Both of these are a design study of Modern Defender that’s aimed at showing the next generation of car models. The design of the Land Rover DC 100 and the DC 100 sports Concept was developed by the in-house design team of Land Rover, led by Gerry McGovern, and will provide the basis for the four-year project. 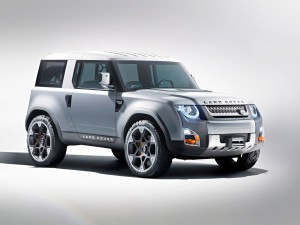 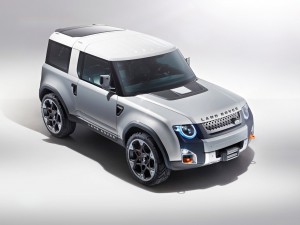 Land Rover Director of Design Gerry McGoverncommented: “Replacing the iconic Defender is one of the biggest challenges in the automotive design world; it is a car that inspires people worldwide. This isn’t a production-ready concept but the beginning of a four-year journey to design a relevant Defender for the 21st century.”

Global Brand Director John Edwards added, “Loved the world over for its simple, honest and distinctive design, we are determined that the new Defender will be true to its heritage, while meeting the requirements of a changing global market.” 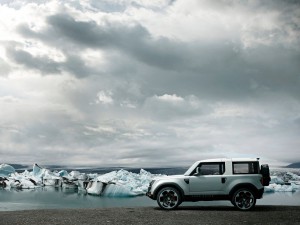 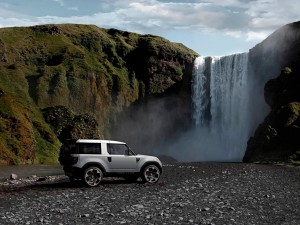 The design of every Land Rover starts with great proportions, and the DC100 concepts are no exception. The exterior of these cars is characterized by the fundamental design elements like the short front & rear overhangs, four-square stance, Command driving position and superb ground clearance which gives these vehicles their unique character & capability. The exterior surface of these cars tries to shows about the simplicity and strength of the car with a strong shoulder that runs a full length, defining the corners. 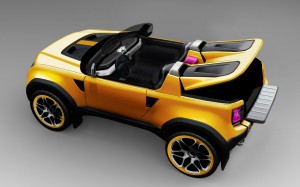 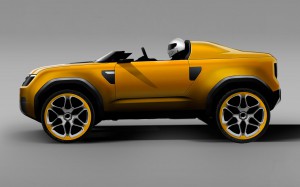 The interiors have been developed to have a uniquely Land Rover feel. A sense of open space is created by the low centre console and the strong chamfers on instrument panel elegantly integrating into the A-pillar structure. The design has an inherent flexibility, for example the central instruments can be removed from the vehicle and used outside for continued ‘on foot’ navigation or to capture remote explorations on film, through inbuilt cameras.

All these features are common to both Land Rover DC 100 and DC100 Sport. The former is the symbol of tough durability whilst the latter then takes this philosophy and extends it into new territory. This exciting combination of go anywhere capability and adaptability results in concepts fit for all lifestyle choices. 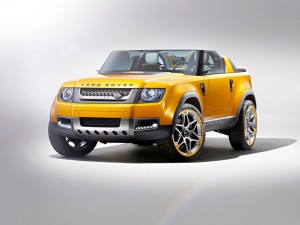 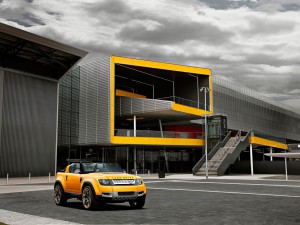 Replacing a true automotive icon, these two concepts are intended to explore the potential future design language that takes the open and honest character and timeless simplicity of the original and updates them for the 21st Century.