Mercedes-Benz to set up new unit at Pune by 2011

Mercedes-Benz India said it will start bus body-building by the second half of 2011, for which it will be setting up a new unit at its Pune plant. Mercedes-Benz India CEO and Managing Director Wilfried Aulbur told media, “Already we are building a bus chassis at our Pune plant. Now, we are setting up a bus body-building unit at the facility. It is expected to be operational by the second half of next year,” According to him the bus body-buolding unit will have a capacity of 700-900 units per annum. 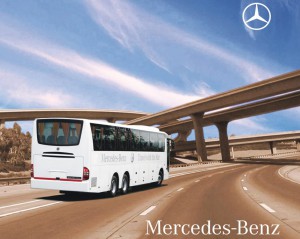 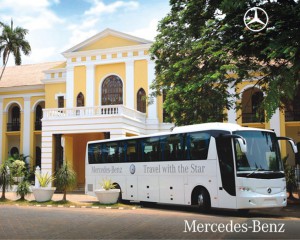 At present, the company produces 1,200 bus chassis per year on a single shift basis at the Pune plant. Asked about the proposed investment on the new unit, he declined to give a specific figure, but said, “Overall, we have invested Rs 300 crore on the Pune plant.”

Aulbur said that with plans afoot for Mercedes-Benz’s Actros truck to be produced at the Daimler group’s Chennai plant, the Pune facility will focus on buses. “Going forward, the Pune plant will focus on buses as and when the production of Actros shifts to Chennai, but I cannot put a timeline on it,” he said.

Since July this year, Daimler India Commercial Vehicles (DICV), which is investing Rs 4,400 crore to set up a truck manufacturing plant in Chennai, has taken over the post production business for Actros.

DICV has taken over the marketing and sales, aftersales and service for Actros trucks as the Daimler Group looks to consolidate its position in the Indian commercial vehicle segment. 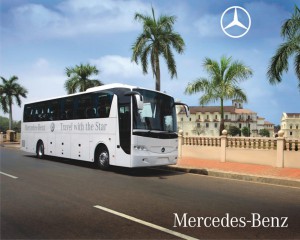 Mercedes-Benz India, also a part of the Daimler Group, was so far responsible for overall business of the Actros. It sold 215 of these premium trucks in 2009-10, most of which were used for off-road operations.