The Italian luxury sports cars manufacturer, Lamborghini which is owned by Volkswagen Design group now is celebrating its 50 year anniversary this year. To make this occasion special the company recently unveiled the one off –kind Egoista Concept to a cheering crowd of 700 Lamborghini owners. The Egoista concept spots car is one of the most luxurious cars produced by this company. The major concern for Lamborghini is to focus on the style of their cars. This is majorly done to satisfy the demands of its numerous customers. Egoista is a Spanish word that means ‘selfish’. Their car brands are designed in unique forms with unique features. 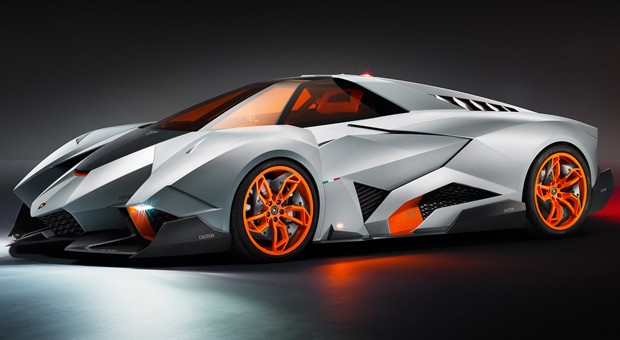 The Lamborghini Egoista Concept has a glass canopy door and a cockpit. The driver must, therefore, climb over the carbon-fiber body to get into the seat. Just like other types of Formula One cars, Egoista has a removable steering wheel. The driver can remove and fix the steering wheel any time they feel like. With just one driver’s seat that looks more like a cockpit of a space fighter. This car is basically made for one person only so that he can have maximum fun. 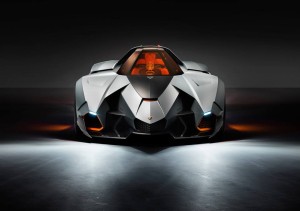 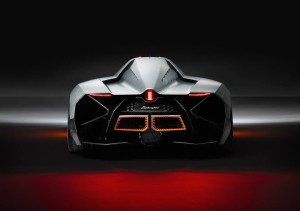 This car is based on mid-engined Gallardo. It can draw six hundred horse powers out of a 5.2 litre v-10 engine and has a removable cockpit. The cockpit of this model is made of aluminium and carbon-fiber. Its design was inspired by the Apache helicopter. The car has indicators and side markers on the sides and on top. The bodywork is made up of active aerodynamic panels. These panels easily lower or rise for optimum stability and down force. The body and wheels consist of an antiradar material. 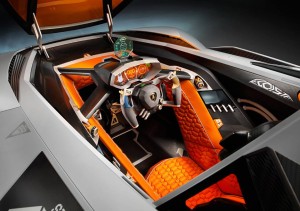 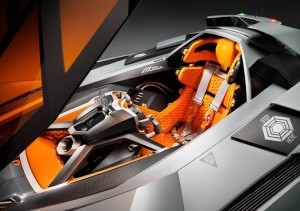 The body of Lamborghini Egoista Concept is made of silver colour, and it contains orange headlights. All the other parts of the car are dominated by the orange colour. Its interior part is also orange in colour, which makes it appear very attractive and luxurious. It is also claimed that the driver can remove the cabin which contains the seat if he so wishes. The main reason for removing this cabin is to prevent any accident from occurring. In addition, it is also removed just to switch on the eject protection mechanism like that of a fighter plane. 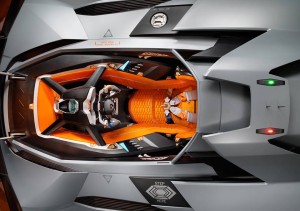 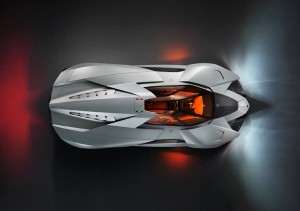 Every single car produced by this company is very unique. It is basically designed for those individuals who desire things to be at their very best. If you are a qualified driver who wishes to link up with Lamborghini sports car, you can simply dial various phone numbers available online to get in touch with the manufacturers.