Actor Robert Downy Jr, who played the character of Tony Stark in his own Iron Man movies earlier used Audi cars for the movie. In the first part of the Iron Man, Stark used Audi R8 which was later upgraded to Audi R8 V10 Spyder in the sequel of the same. However in the new movie named ‘The Avengers’ Stark had been seen using the new Acura convertible concept at a shooting location at Manhattan in New York instead of the Audi’s. 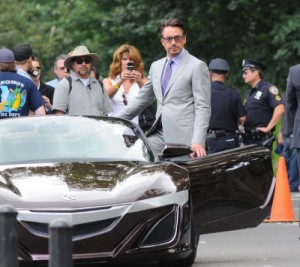 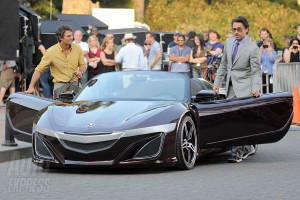 The reason is quite obvious as Stark and fellow superhero companions starring in ‘The Avengers’ have been called together by the government agency S.H.I.E.L.D, and all these S.H.I.E.L.D agents used to drive Acuras in their first movie named Thor. 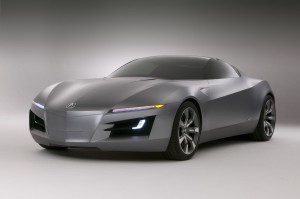 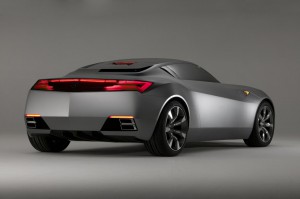 Acura later stated that the new concept car named Acura NSX was created for the movie only, and may be looking for the development of this car as a successor of its previous version the Acura RSX.

Check out the movie trailer below..

Please input your email address. That email is already subscribed. Your address has been added.
Tags: Acura NSX
Bob Oct 11, 2011