When it comes to ultra exclusive cars, there are brands like Pagani and Koenigsegg, but such ultra exclusivity is rather in the motorcycle world, if you discount the purely custom bike builders, that is. But one such company which has been churning out, or rather trickling out, small numbers of super exotic motorcycles for some time now is Confederate. 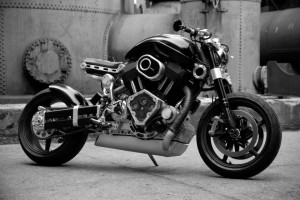 Confederate Motors, the makers of handcrafted heirloom motorcycles recently unveiled their much anticipated third generation Hellcat. Drawing on the first and second generations’ distinctive drag race architecture, the company’s new X132 Hellcat advances that architecture with innovative engineering and avant-garde design. The result is yet another iconic machine that challenges the paradigms of the American motoring landscape. 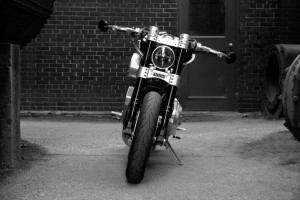 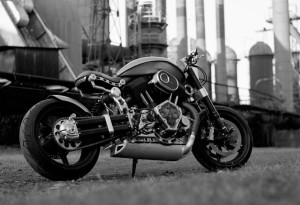 Unlike the engines of Confederate bikes in the past, the X132 Hellcat has an inhouse designed billet aluminium block which is machined from two hunks of 6061 aircraft-grade aluminium. The engine used in the bike unites America’s best V-Twin technology and America’s superior powertrain technology into a singularity. This 2,200cc V-twin engine produces a staggering 132 hp of power and an even more incredible 203Nm of torque. 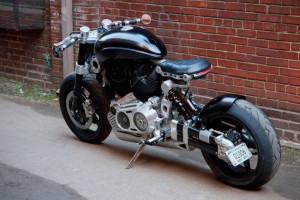 And the price for this one in a million machine is a staggering  $49,500 (Rs 25 lakh), which is about four times the price of most Japanese litre-class sportbikes. With over 40 units already pre-sold, the company is set to begin production of X132 Hellcat in January at the rate of two units per week.

Please input your email address. That email is already subscribed. Your address has been added.
Tags: X132 Hellcat
Bob Dec 24, 2011