Introduced as a modern interpretation of the famous Aston Martin and Zagato collaboration in the 50th anniversary year of the iconic DB4GT Zagato, the British sports car maker showed the V12 Aston Martin Zagato for the first time at the Villa D’Este Concours on Saturday 21st May 2011. The racing debut of the car will be at the four hour VLN race at Nürburgring on 28th May. 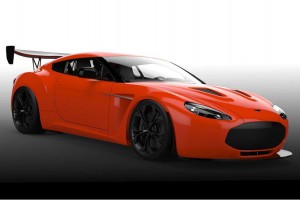 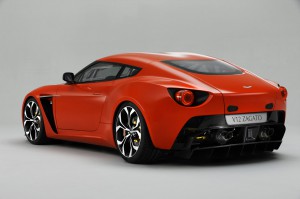 The V12 Zagato has been made with great care to reflect both the race performance and pure style of Aston Martin. The original DB4GT Zagato was a true icon, powerful and graceful. The new design is rather a true representation of the spirit of DB4GT Zagato. 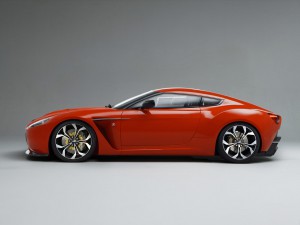 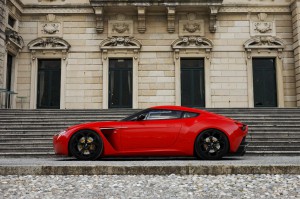 Zagato V12 has a new handcrafted aluminium body that showcases a beautiful and muscular design which is not possible through pre-formed panel techniques. Using the influences and skill of nearly 100 years of heritage in the craft, every aluminium panel is formed using an English wheel and traditionally crafted body bucks. Each front wing alone comprises seven separate pieces of aluminium, combined and then hand finished to give one flowing form. Another iconic Zagato design cue is the double bubble roof created in this case from five separate pieces illustrating further the intensity of craftsmanship involved in the construction of the V12 Zagato. 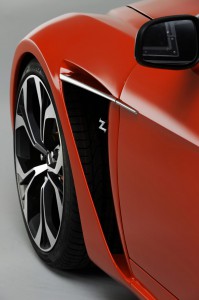 The car has been designed for a focused driver, with pure driving enjoyment in mind. The V12 Zagato combines Aston Martin’s most dynamic bonded aluminium platform with the power of the 6.0-litre V12 engine producing 510 bhp (380 kW / 517 PS), and 570 Nm (420 lb ft) of torque.