BMW having earlier launched the 6 series concept coupe at the 2010 Los Angeles International Auto show, also launched its convertible version earlier this year. The new BMW 650i convertible is launched as the 2012 model. BMW 650i Convertible satisfies the wishes of the most astute automotive enthusiasts as The Ultimate Driving Machine. 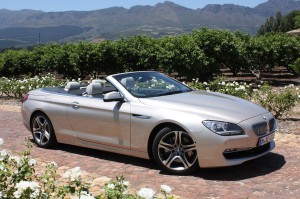 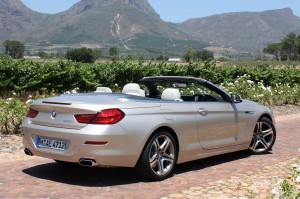 The car is equipped with groundbreaking luxury and crisp good looks. A sweeping hood, aft-set passenger compartment, long wheelbase and muscular profile represents the hallmark proportions of a BMW Convertible. The new BMW 650i Convertible combines these features with a classic soft-top roof with flying buttress design. The luxurious ambience of the interior is highlighted by a driver-oriented cockpit which wraps the front and rear passengers in a feeling of aesthetic security. 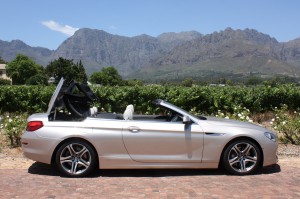 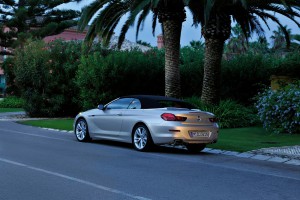 The 4.4-liter V-8 engine of the BMW 650i convertible develops a maximum power of 400 hp between 5,500 and 6,400 rpm, and produces a peak torque of 450 lb-ft between 1,750 and 4,500 rpm. This unique “reverse-flow” engine, whose turbochargers are positioned in the V-area between the cylinder banks, produces an instantaneous and sustained wave of power, making it an energetic delight for the enthusiast driver. 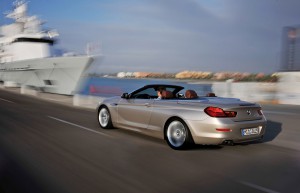 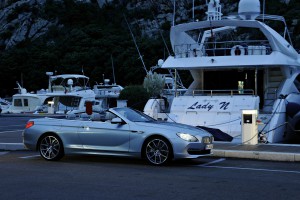 The new BMW 650i Convertible reaches from 0 to 60 mph in 4.9 seconds with the manual transmission (4.9 seconds with the 8-speed automatic), however the top speed is electronically limited to 155 mph. This engine also boasts extraordinary efficiency for a model in its output class. 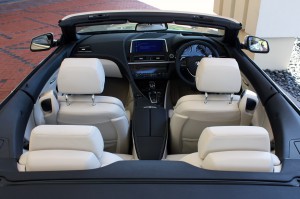 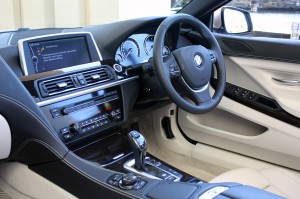 BMW 650i Convertible is a 4-seater car with interiors that offers individually tailored seats for the driver, front passenger as well as the rear passengers. The car is covered with high-quality materials, carefully coordinated colors and meticulously formed surfaces which combine to produce an environment defined by luxury, sweeping style and Teutonic functionality. The driver oriented cockpit layout is the hallmark element of BMW’s interior design. The central section of the instrument panel, containing the iDrive system’s Central Display, the air vents and the controls for the audio system and air conditioning, are all slightly angled towards the driver.