The Jaguar XKX concept is a combined effort from the Bahrain based Skyrill design studio and the Albanian designer Marin Myftiu to create a next generation electric vehicle that will be based on the Jaguar E-type roadster models of 1960’s. This concept is aimed to push both performance as well as power efficiency of EV’s to the next level, while at the same time tries to restore the glorious design lines of the Jaguar brand. 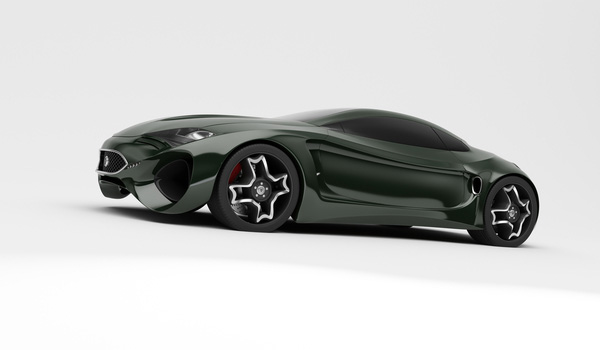 Visually the side profile of the Jaguar XKX is inspired by the renowned leaping jaguar logo, while up front the headlamps are designed to give the vehicle a look of an aggressive cat ready to pounce. Other notable feature on the exterior of XKX included the very new kind of side mirrors which disappears into the body as soon as the car stops and unfolds as the car turns on. 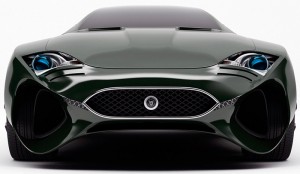 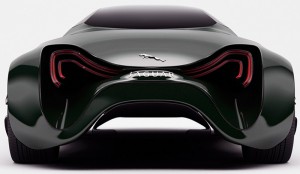 The XKX Concept being an Electric Vehicle requires only smaller dimension engine and has flexibility for battery placement. This meant that designers could concentrate more on improved aerodynamics, and they did so by widening the side deflectors on the front intake so that more air could flow behind the front wheels which sliding along the doors and the shortcut through the rear wheels could come out from the huge rear openings. This resulted in a reduction to the total flow path and subsequently reduced the drag making the car 60 % more power efficient. 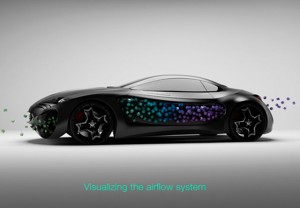 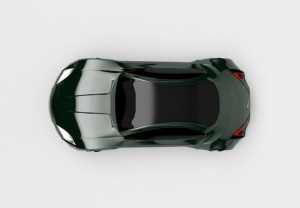 Yet another innovative development in the car includes a layer piezoelectric cells which covers the entire body of Jaguar XKX. These cells when stimulated by the airflow over the vehicle during its movement could produce electricity that can recharge the car’s battery. The concept is similar to a dynamo, faster the vehicle goes more the electricity generated. 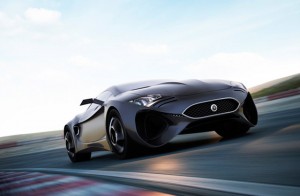 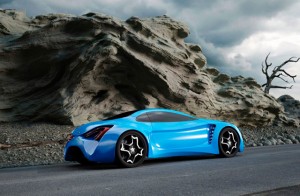 Despite of all the technological marvels that we see in the car, it is very unlikely that the car will make it to real production in near future. And even if it does then surely the cost of this Jaguar XKX Concept can be seriously heavy on your pockets.