The Lexus LF-LC was one of the most talked about and better looking concept car model unveiled at the Detroit Motor Show 2012 held last month. This concept came as a challenge for the company’s California-based Calty design studio in Newport Beach. The car is an attempt to showcase the future design direction at Lexus with a hybrid sports concept and brings in elements from the LF-A supercar and the recently launched GS 350. The LF-LC has tried to blend both high technology as well as the organic shapes to connect the driver and the machine. 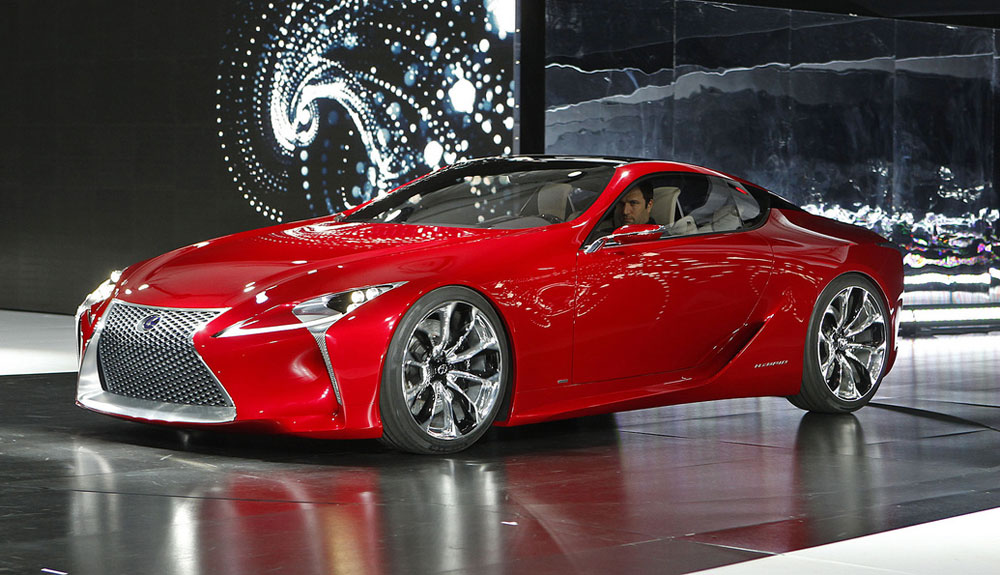 The styling of the Lexus LF-LC  is borrowed from the cues already employed on the new CT and GS. However this makes the exterior of the car look interesting with a blend of flowing curves and dramatic angles and remains unmistakably Lexus through the use of the familiar spindle grille and lines not too dissimilar to the LF-A supercar. Also there’s a multitude of new details like the functional recesses in the grille for air intakes, L-shaped daytime running lights, vertical dot matrix-pattern foglamps and an uninterrupted glass roof. 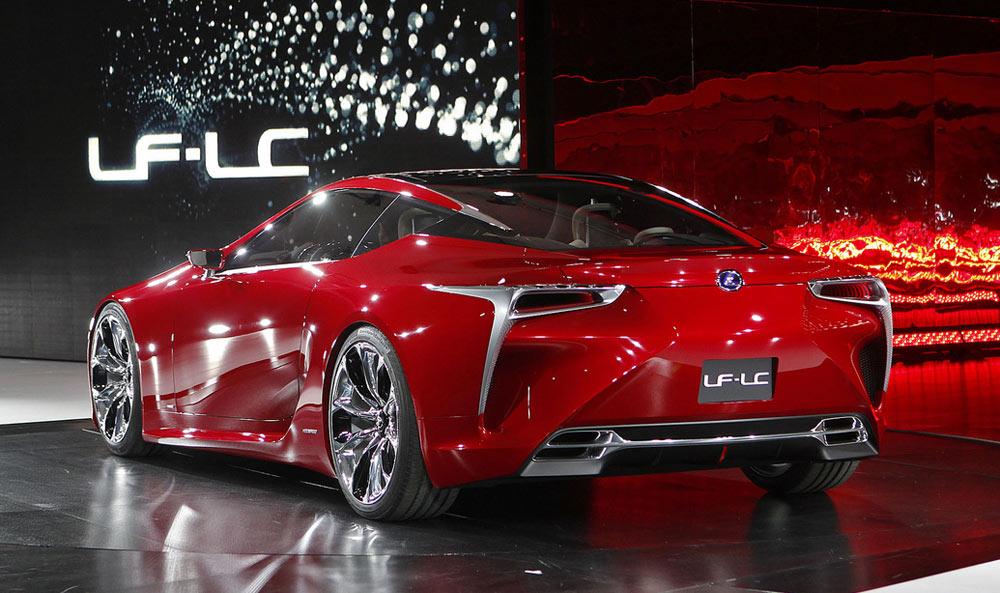 Inside the techno-laden cockpit is a blend of soft textures and organic shapes, with leather, suede surfaces, brushed metal and wood trim. There’s also a high, curved centre console that emphasizes the driver’s influence on the experience and such niceties as twin 12,3-inch LCD screens that act as displays for navigation and a touchscreen driver-control board for operating the windows, mirrors and seat adjustments. 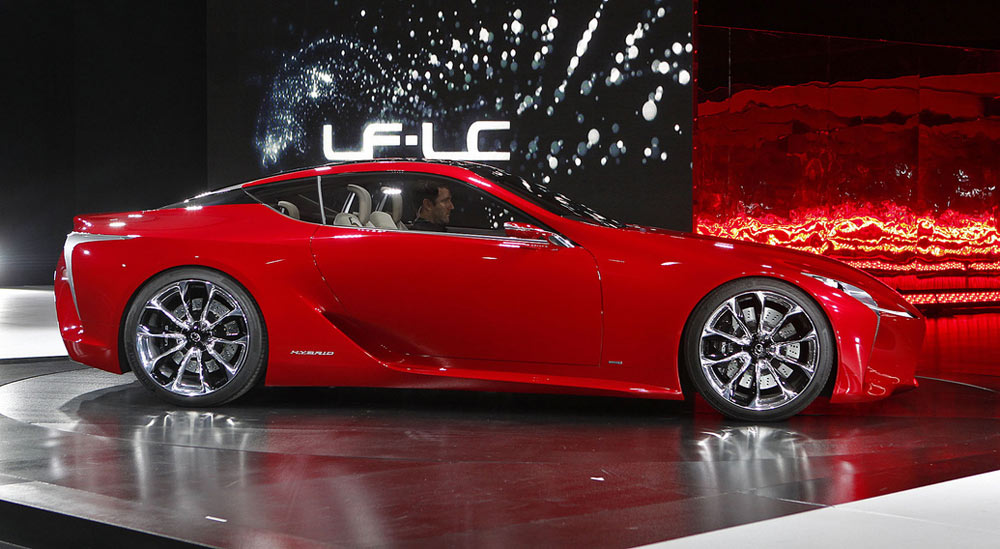 The Lexus Lf-Lc is powered by the next-generation Advanced Lexus Hybrid Drive that delivers both rewarding driving performance as well as fuel efficiency. This engine is front mounted and the power goes to the rear wheels just like any conventional sportscar. Lexus hasn’t offered any details of the concept’s specifications, but has promised to reveal it soon.

Finally though the Lexus Lf-Lc concept looks amazing, it is quite possible the car will never be put into production. Although many of the design elements from this car may be implemented on future production models like the successor for the SC430 or maybe the next  Lexus LF-A.