Opel to make minicar in germany

Opel / Vauxhall will build a new small car under its Corsa subcompact in Germany and may add an electric version.

Currently, Opel has no entry in Europe’s fast-growing minicar segment to compete with cars such as the Ford Ka or Volkswagen’s forthcoming Up.

According to Opel CEO Nick Reilly the new minicar “will be an important element in our growth strategy.”

The company will invest 90 million euros (about $120 million) to build the model, code-named Junior, in its factory in Eisenach, eastern Germany, on an existing production line starting in 2013. The plant builds the three-door Corsa variant.

With the minicar, Opel is delivering on its promise to expand its product portfolio and enter new segments, Reilly said in a statement. 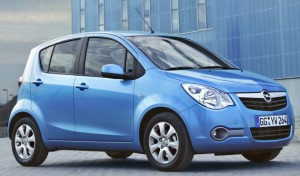 He said the new Opel model will be a stylish and fuel-efficient car with “innovative technology and an exciting design.”

An Opel press release said: “The future car is geared toward customers who need a small-sized fuel-efficient car in urban areas, for example, but who do not want to compromise on technology, design or convenience.”

Opel said the investment will secure the 1,600 jobs at Eisenach.

Opel’s factory in Zaragoza, Spain, which also builds the Corsa, will receive additional Corsa production volume as the new minicar comes on stream.