The 2012 Toyota Camry is a 4 door, five passenger family sedan which has been improved in almost every detail compared to the previous model. Though overall the car may look like the same previous package but the engineers at Toyota have worked hard to redesign and bring this car to the standards of usability, safety the interior features as per the competition. Also Toyota has kept durability and reliability still as the key features to keep this Toyota Camry apart from its rivals. 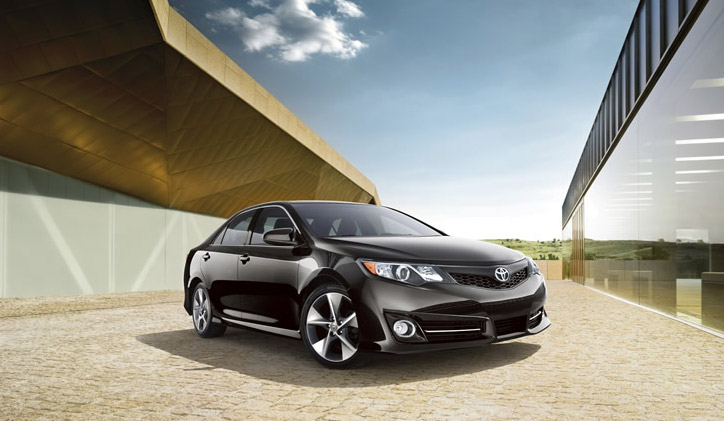 This new Camry looks elegant with dynamic and vibrant exteriors. On the front the chrome grills, projector-beam halogen headlamps with auto leveling and the 16 inch of alloy wheels are some of the major changes in the new 2012 Toyota Camry. Apart from this the exterior displays fog lamps with chrome rim around it, side mirrors with LED light indicators, moon roof and new more sporty front bumpers which enhances the overall looks of the car. The car has a length, width and height of 4815 mm, 1820 mm and 1480 mm respectively.

The interiors of the 2012 Toyota Camry have been made to look more luxurious and appealing. The luxurious seats on the front have been redesigned to be more supportive and can afford more legroom. The new Toyota Camry seems to have completely removed the drawbacks which the old Camry had, by improving the build quality with chosen trim styles, textures and materials. Apart from this the front dashboard is fitted with brilliant Optitron meter that displays the driving information including the fuel economy, cruising range and average driving speed without any flaws.