The Jaguar F-PACE is the production version of C-X17 SUV Concept vehicle which was revealed at the Frankfurt Motor Show in 2013. The F-PACE, which is inspired by the Jaguar F-Type, represents a perfect blend of style, performance and practicality. It offers a unique combination of Jaguar sports car inspired exterior design, fused beautifully with a thoroughly practical and spacious luxury interior. The vehicle represents an exciting new direction of the company that highlights the promise and potential of Jaguar’s all new aluminium architecture, which is believed to enable a dramatic expansion of Jaguar’s product range as well as its customer appeal. 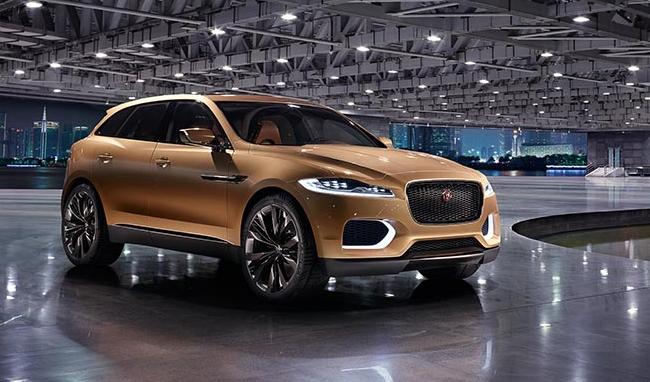 Displayed at the 2015 Detroit Auto Show, the Jaguar F-PACE had an overwhelmingly positive response. The vehicle is designed and engineered in UK, and its also heard now that the F-PACE has now begun its rigorous real-world testing at the Jaguar Land Rover global test facilities. It will be manufactured in Solihull, UK and will be out for sale from 2016.

As a sports crossover, the Jaguar F-PACE does represents a new category for the company, but in its design, performance and luxurious sophistication – the vehicle Is indeed a pure Jaguar. It represents the potential expansion of Jaguar’s portfolio of body styles, with the associated enhancement of the brand’s relevance and appeal to a wider global audience. 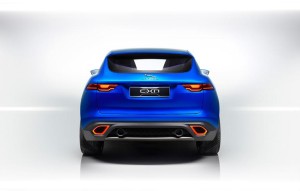 The vehicle has a sleek and bold look, with pure lines rather than exaggeration or showmanship. The front of the vehicle is characterized by a long bonnet enclosing within itself a powerful engine. This is further enhanced by distinct two clean and simple lines starting from the top edges of the front grille and is carried till the F-Face’s shoulder. The twin headlamps with a combination of LED’s and other lights in it, unique as of now are quite visible even as one sees it from the side profile. The grille, which is inspired from the XJ features a hexagonal pattern with the Jaguar logo placed in it. 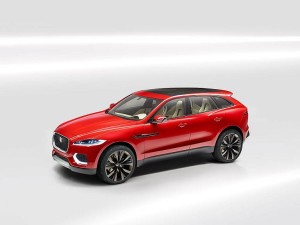 On the sides, the accentuated length of the windows adds to the vehicles overall sense of sleekness. The 23 inch wheels with five split spokes also enhance the overall look of the vehicle. The rear end of the vehicle which is inspired by the Jaguar F-Type has a distinctive touch of sports car about it. The roofline swoops quickly backwards, culminating in a distinctive cantilevered spoiler over a steeply raked rear window that enhances the crossover’s sporting, ‘fast-even-at-standstill’ appearance.

The interior of the Jaguar F-Pace combines in itself an interactive technology with premium and traditionally crafted materials resulting in a spacious, luxurious and sophisticated compartment. Starting with the dashboard, the car gets a centre tunnel which runs from the instrument panel through to the rear passenger seats, thus incorporating the Interactive Surface Console – an interactive multi-passenger infotainment hub with a series of touch screens under a continuous panel of transparent acrylic glass, which in conjunction with the secure in-car wi-fi network, enables the vehicle’s passengers to connect and share experiences with each other. The Interactive Surface Console allows the vehicle occupants to upload pictures, video and sound files from their mobile devices and share them with their fellow passengers, as well as on social media channels like Facebook, Twitter and Instagram. The instrument panel inside the vehicle has a twin-dial configurable TFT console with provision for a Head Up Display, which projects vital information onto the windscreen for the driver to process quickly, equivalent to the systems used in modern fighter aircraft. 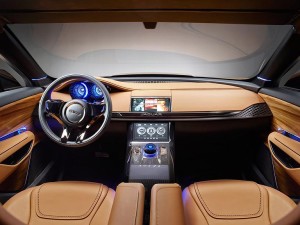 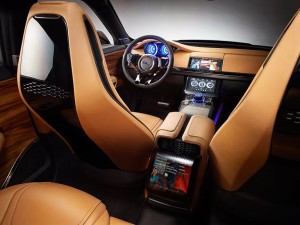 When it comes to the seat, the vehicle gets a sports car touch to it. The car gets individual bucket seats, positioned at a relatively lower height, which gives the occupant a feeling of sitting deep within the cabin. These seats are lightweight units with a sculpted free-standing appearance, visually enhancing the airiness of the cabin. Two additional rear-mounted leisure seats are incorporated in the boot floor swing out for recreational use. 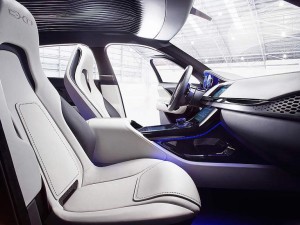 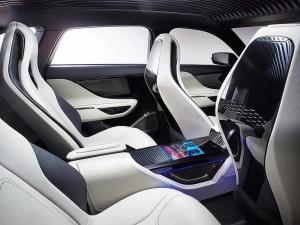 Apart from these, the car’s unique roof features a distinctive ‘elliptical’ panoramic view to the passengers inside the F-Pace, while retaining the roof’s sleek appearance from the exterior.

Now all the future Jaguar cars will be integrated with engines having a wide range of capacities and output, delivering inspirational performance and latest fuel efficient technology innovations, without having to sacrifice anything on the drivability. The new Jaguar F-Pace may have two engine options which includes a 2.0 litre four cylinder engine as well as a potent supercharged 3.0 litre V6 petrol engine combined with lightweight architecture delivering the best in class power output. These engines are built at the Jaguar Land Rover’s new engine production facility, at Wolverhampton in the UK. This is part of the £500 million investment which the company made for developing its vehicles to be at par with the other competitors in the market.

The Jaguar F-Pace production version will be available from this yearend or by early next year. The C-X17 is 4,718mm long, 1,959mm wide and 1,649mm high, with a wheelbase of 2,905mm (30mm longer than Jag’s new XE 3 Series rival), which means it’s clearly targeting the German luxury cars Audi Q5 and BMW X3, even though it’s slightly longer, wider and lower. The Jaguar F-Pace is more or less like a perfect family sports car, but it won’t be that cheap either. Will have to wait and see how much the price tag will. Stay tuned, we’ll keep you updated..

Land Rover to get New Petrol Engine Line-up in India