In 1985 Yamaha made its powerful V4 engine V-Max now called the VMAX is a cruiser motorcycle known for its powerful engine, shaft drive, and distinctive styling. The legendary original models of Yamaha VMAX is now being replaced by a worthy successor, thanks to the VMAX project team who have worked quite well to keep the expectations of the original VMAX owners as well as the fans who have admired the bike without ever having the chance to ride one. 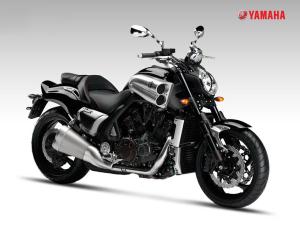 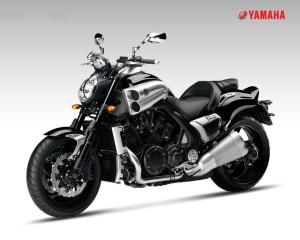 The Yamaha VMAX is equipped with 1679cc, 65-degree V4 engine which produces a mammoth 200HP (or 197.4 bhp) output at just 9000rpm. The VMAX team has induced vital two new technologies, namely, the YCC-I and YCC-T. These two technical enhancements enable the VMAX to achieve optimum performance at all speeds. The YCC-I technology varies the intake pipe length to best suit the bikes current throttling. The latest VMAX has an engine capacity that is 40% more than the last VMAX. But nonetheless the engine size of this new baby almost remains the same. The Yamaha team has done their homework well to produce such a compact engine that is just about 6.5 mm taller than the last VMAX and of just same width. The power house of this mean machine has a lot to offer. 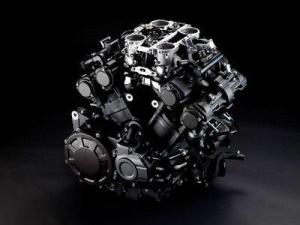 Yamaha VMAX has a very well rounded equipment all over the bike. The VMAX has mass centralization with the 15 liter fuel tank mounted below the seat to give it a low centre of gravity for better handling. The bikes tank is also a pseudo instrument panel that has analog tacho, digital speedo and LED shift lights. 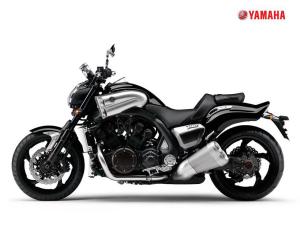 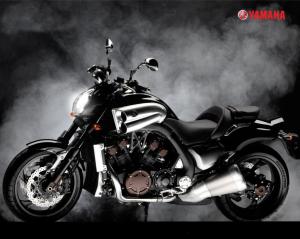 Talking about the Ride and Handling of the Yamaha VMAX, the bike has a cast aluminum diamond shaped frame with die-cast and extruded rear sub frame. The front and rare suspensions wields a pair 52mm diameter inverted forks with TIN coated tubes. Both front and rear monoshocks have preloaded adjustables for the required ride. The handling is like a dream with 18 inch rear and front wheels. 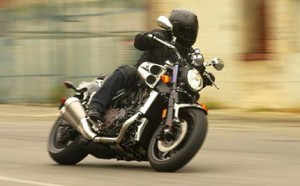 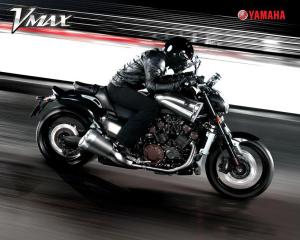 With all these technological enhancements, the Yamaha VMAX is a bike with very low maintenance requirements. It’s the kind of motorcycle that you could hesitantly leave it to your family descendents but be happy for the fact that this bike will still be burning the roads like it has always been. It has good quality brembo braking. And the tank has very high tech info meters mounted on it. Another notable fact is that the VMAX’s signature aluminum intake covers are hand finished.

Owners of the original VMAX model as well as the new bikers who are going to use the bike can be sure of the fact that the Yamaha VMAX will be delivering an unforgettable combination of innovation and acceleration.